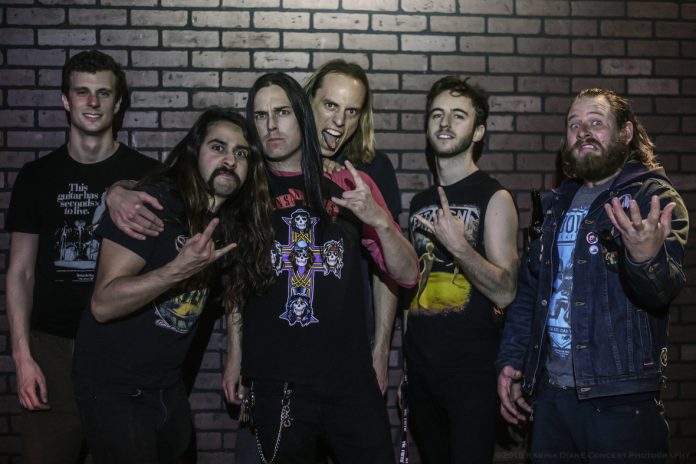 The band say they deliver: “A unified metal sound that pulls the raddest qualities of all things heavy. An assault of epic vocals, harmonized guitar shred, thumping bass, and hard hitting drums.”

While onstage raging and antics are this band’s forte, don’t be fooled by their trickery; they are definitely a serious band. Wielding a vocal arsenal of strategic 4-part harmonies, thrashing growls, and downright rugged screaming, Sorizon is an audio assault to indulge all the senses. A steady flow of guitar harmonies, mixed with the most brutal of drum beats, makes for a high octane party that not even the lamest of lookie-loos can deny.

Sorizon, born of seasoned veterans of the SoCal music scene, has been plugging away at every large club, bar, or house party this side of Death Valley. Sorizon has shredded the stage with internationally-known bands such as Diamond Head, Katatonia, Anvil, Orphaned Land, Swallow the Sun, Primal Fear, Redemption, Havok, and more. Having originally formed as the band Joust in 2006, Keith McIntosh/vocals (super nice hair), Dr. Danny Mann/guitar/vocals (also very nice hair), and Sean Elston/drums (meh, he still has hair) quickly realized that they wanted to go into a more progressive direction; thus spawned Sorizon. Over the past couple years, as a few members have changed, the band has been growing more and more with album release adding Tim Hall on guitar/vocals (a.k.a. the man with the golden voice), Kevin Vickers on bass/vocals (the man with the golden shower as a voice), and most recently Taylor Courier on guitar (the boy with the golden tongue), who joined the band’s ranks after Dr. Mann fled to the east coast to help with management and studio work in peace. Sorizon is finally gearing up to release their 3rd installment!

In 2016, Sorizon will unveil their latest independent release titled End of Entrapment. The title not only relates to the lyrical theme of the album, but it also represents breaking any musical chains that have bound them to any specific prior sounds. This is a 6-song, high-energy, rock n roll departure from what most fans are used to from Sorizon. But not to worry friends it features their fastest song ever, “Lay to Waste,” as well as their shortest song, “Minutemen,” and even some acoustic shit from the first album (“Cosmic Eden”) for your listening pleasure. And finally they add: “So sit back and crank your fuckin radios another time cause you’re about to blow those speakers out!!!!!!” 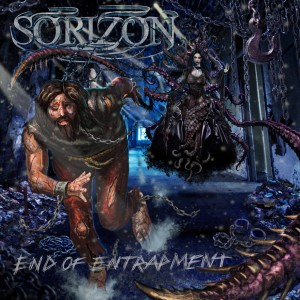