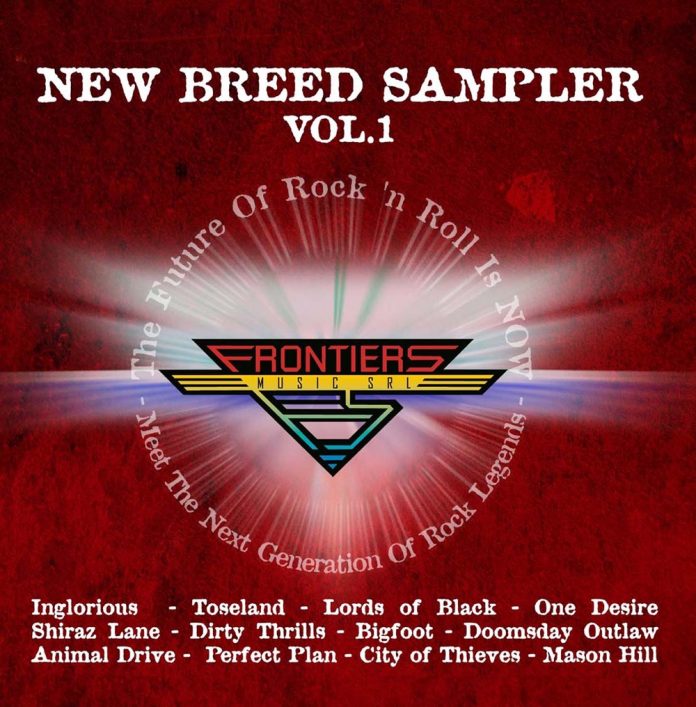 New Breed is the name given to the growing stable of young, exciting, up-and-coming bands signed by Frontiers Music who represent the future of hard rock and metal. The Frontiers label is focused on finding and developing new acts from different territories to show the world that rock is indeed far from dead.

Frontiers has put together a sampler that includes tracks from some of the New Breed roster to whet the appetite of fans for these new signings. This can be downloaded for free from the label website at www.frontiers.it with a CD version also available at merch booths of some New Breed artists on tour.

The sampler is also available on streaming services :

In addition to the sampler, Frontiers has also launched a New Breed Playlist on Spotify on which songsmby New Breed artists are added on a weekly basis. It can be found here : spoti.fi/2IJ2dLt

Follow the bands and the label and help Frontiers Music show the world that #RockAintDead !

Frontiers label president Serafino Perugino states : “in the last few years we have been receiving more and more solicitations from new bands whose material has been of the utmost quality and immediately made us sit up and take notice! Never before have we seen this much young talent surfacing all over the globe, so we have set off on a journey to rejuvenate the rock scene, trying to find even more of the most exciting new acts in hard rock, metal and melodic rock. The NEW BREED, as we call them, are artists who will showcase to the fans some of the best new talent in rock ‘n roll music. We are confident that fans will enjoy this music as much as us, because at the end of the day we are just a bunch of music fanatics too! Music fans have an overwhelming amount of new music presented to them these days, but if they give the New Breed acts a chance, they will enjoy what they hear and quite possibly find their new favourite band or bands. We are looking forward to showing everyone out there that Rock Ain’t Dead!”