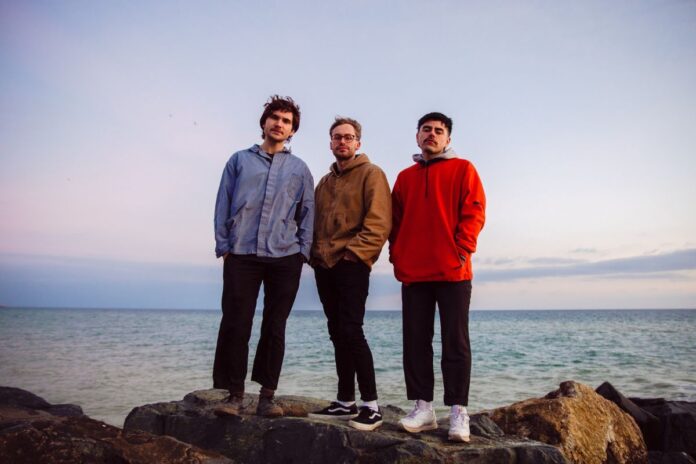 Portsmouth, UK indie surf rock band Dutch Criminal Record are delighted to announce they have signed to Alcopop! Records and will release their new single ‘Light Up’ on 6th July 2022.

The single is the first peek at new material from the band since the release of their August 2021 EP It’s Gonna Be OK on frtyfve records.

Commenting on the track, vocalist/guitarist Sam Thrussell says: “”Light Up is a song written in 2018 about missing my brother who was away at Uni at the time, but really it’s for anyone missing someone. Initially it was an acoustic song inspired by ‘Oh Yoko’ from John Lennon’s Imagine album and it was much more folky, having harmonicas instead of keyboard riffs. The final version sounds very different after we worked on it together in band practice, turning it into an indie pop tune with Joe adding a very Johnny Marr-esque solo, which I love.”

Taking influence from the ’60s giants of surf whilst lacing each track with narratives of living in 21st century Britain, their signature sound is guitar-driven, energetic and packed with nostalgia. Blending pop vocals, interlinking riffs, and blooming harmonies, fans of The 1975, The Backseat Lovers, and Sea Girls will find plenty to fall in love with.

Sensational live, the band’s recent skyrocketing notoriety on Tik Tok (currently running at 2 million views a month) has seen attendances rise throughout a sold out March UK tour and excitement around them intensify, as the inherently DIY band take their summer sounds to the next level.

DCR have received consistent support for their releases from BBC 6music, and their sun-drenched surf sounds have garnered constant backing from huge Spotify editorials such as New Music Friday UK, Fresh Finds, New In Punk, Summer Indie, the US Viral 50 and Hot New Bands.

They have been touted by Wonderland, Under The Radar, CLASH and Earmilk as ones to watch, and their set at Victorious Festival was featured in The Guardian Guide.

The trio have played support for the likes of indie heavyweights Sea Girls, Ra Ra Riot, Sports Team and Spinn, and their debut headline tour in March 2022 saw DCR shows sold out in cities across the UK, including Manchester, Brighton, London, Bristol and Portsmouth.

‘Light Up’ is released on 6th July 2022 via Alcopop! Records