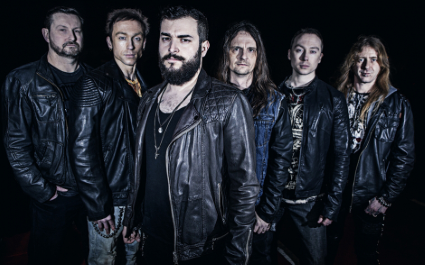 UK Power kings are back, baby

It’s not an April Fools joke, it’s not a rumour, the hype is real! Power Quest have returned after a 3 year absence from the scene and are currently working on new material for the sixth Power Quest record.

Band leader Steve Williams had this to say:

“I’m genuinely thrilled to be bringing Power Quest back from the shadows. I’ve had a lot of ups and downs over the past few years but I cannot wait to unleash the new line up. The atmosphere in the rehearsal room the past couple of months has been electric.”

Check out the video to catch up with what’s going on, why the band are back and what the future holds.

A headline show at Camden Underworld in London has been confirmed for Saturday September 10th 2016 where the band will be joined by some very special guests. Further live dates will be announced in the coming months.

The band have parted ways with Napalm Records but would like to thank them for all their work in the past. Discussions regarding new label partnerships will begin in due course.

Massive thanks to all our fans who have kept the Power Quest flame burning these past few years and we can’t wait to see you all on the road! The Quest MUST go on!