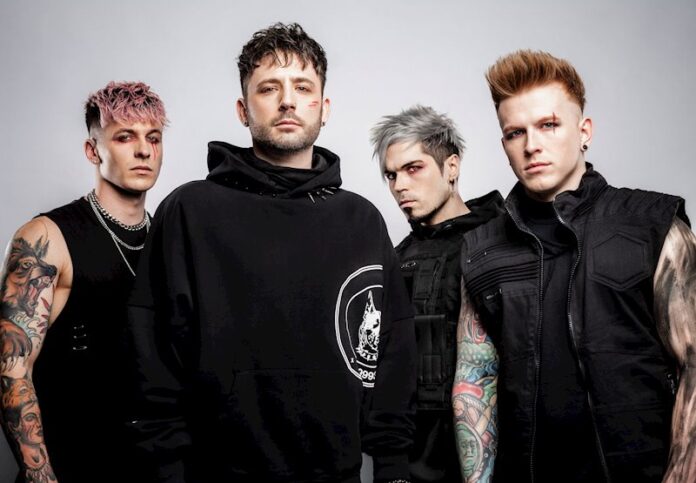 From Ashes To New released “Heartache” via Better Noise Music. The band, which boasts four Top Ten Active Rock singles and over 345M streams across digital music platforms, also premiered an impactful new video to accompany the single. The new song sonically depicts the true “phoenix rising from the ashes” story behind the band’s name. From the opening lines, “Growing up in a prison is, Nothing different than the town I’m used to living in,” the track highlights the humble beginnings, poverty, family addiction, mental health issues each band member has faced, along with the current awareness of how those things have changed the trajectory of how they live now. Last summer the band released an EP series, the Quarantine Chronicles, that also dove deep into the trials and tribulations of life and received critical acclaim from outlets such as Loudwire. From Ashes To New is gearing up to connect with fans on stage this summer, with Memphis May Fire on the “Remade In Misery” tour. Full list of dates below. Listen to “Heartache” HERE. Watch the new video HERE. Tickets & VIP available for purchase HERE.

Directed by JosiahX, the “Heartache” music video captures and illustrates the feeling of the darkness from which each band member originated.  Watch the official music video HERE.

Lead singer Matt Brandyberry reflected on what inspired the song, saying, “Heartache. It’s something we have all experienced and for most of us, something that defines a large portion of our lives. Filling our hearts with happiness gets us through each passing day, but the moments that cause pain are what condition us for our futures. Our stories began with heartache and from that heartache we manifested our happiness. With the good comes the bad, but from the bad we create the great. We are nothing without the heartache.”

This summer the band will be joining Memphis May Fire on the “Remade In Misery” tour across North America. The tour will kick off in Charlotte, NC on June 24 and end in Alton, VA on September 10. Fans can catch the band in cities such as New York, Philadelphia, Denver, and San Diego. See a full list of dates below. For more information and to purchase tickets, visit: https://www.fromashestonew.com/tour.