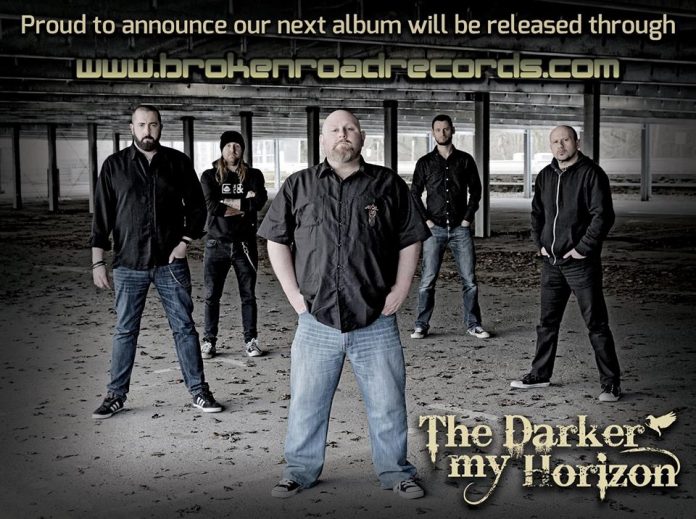 Broken Road Records is delighted to announce that UK rock band “The Darker my Horizon” have signed with the label for the release of their upcoming second album due out mid 2016.

UK based melodic hard rockers ‘The Darker my Horizon’ – while a new band, formed late 2014 – is made up of extremely experienced musicians. Vocalist & guitarist Paul Stead and lead guitarist Mark Stephenson were half of ‘Sacred Heart’ who released 4 very well received albums between 2004 and 2011 – that still sell to this day. Those releases led to live dates & festivals with Thunder, Asia, Mitch Malloy, Bonfire, Dokken, House Of Lords, Girlschool, Tygers of Pan-tang, Saxon, Kee Marcello (Europe), Toby Jepson (The Little Angels) Iron Maiden’s Blaze Bayley & The Quireboys.

Since the formation of “The Darker my Horizon” the band have played alongside some stellar names in rock music including supporting slots with Nazareth, Geoff Tate’s Operation:Mindcrime, Terry Brock (Kansas,Giant) to name just a few and continue to play shows throughout the UK including numerous festival appearances.

The debut album “Acquiesce” was met with critical acclaim throughout the world and featured in many top 20 albums of 2015 lists.

Broken Road Records are thrilled to be working with such experienced members of the UK music scene and the release of the brand new album following on from the success of the debut “Acquiesce” will only further the bands growing popularity with their amazing songwriting abilities, as is evident all over the new record.

Find the band at

MV’s review of their latest album is here