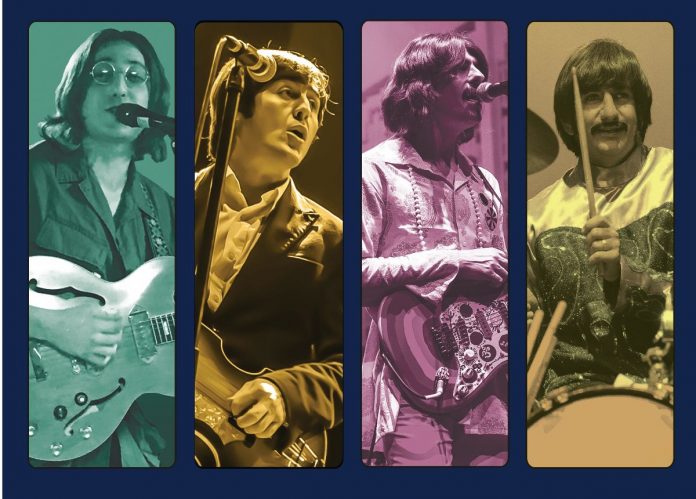 The Bootleg Beatles are delighted to announce their Spring 2020 tour of the UK aptly named ‘On the Road’. The band along with their renowned string and brass ensemble will visit eighteen cities and tickets are available from 10:00am on Friday 31 May 2019 at  www.bootlegbeatles.com.

This year’s show will feature a special segment marking the fiftieth anniversary of ‘Abbey Road’. This record, the eleventh studio album by The Beatles, was released in September 1969. Hailed by many as the band’s greatest ever, ‘Abbey Road’ features songs like ‘Come Together’, ‘Maxwell’s Silver Hammer’, ‘Octopus’s Garden’ and ‘Here Comes The Sun’.

And 2020 also marks another major anniversary – that of The Bootleg Beatles themselves , who celebrate 40 years of performing since their inception in March 1980.  The tour will climax with a special anniversary show at The Royal Albert Hall on 8 April featuring an expanded orchestral element and even a few surprise guests.

Formed from the original cast of London’s West End hit show ‘Beatlemania’ – the band
have become ‘an institution’ in their own right with their note-perfect recreation of hits from every era of the world’s most famous songbook. Every tiny detail is forensically covered from authentic period instruments and costumes to the ‘mind boggling’ accuracy of their vocal mimic. But it’s not only their sound that is so authentic; they bear an uncanny resemblance to the Fab Four too. As one reviewer said… “It’s not John, Paul, George, and Ringo … but you simply won’t believe it”.

Tickets can be booked online throughhttp://www.bootlegbeatles.com/gigs.php