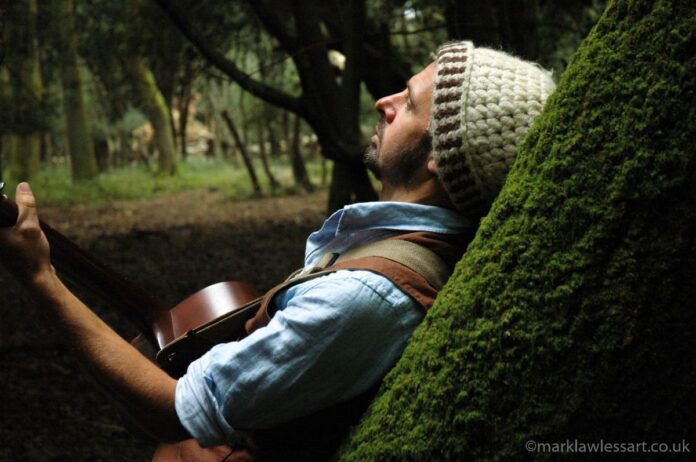 Bob Hillary is first and foremost an ‘Earth Protector’, an activist and fundraiser who opposes the ecocide that will result from the course that the planet is currently on. He is also a Singer-songwriter, Organic farmer, bee-keeper and a Visionary for change. His album ‘Sacred’ is released on 12 August 2022 via Absolute [Cat No. BOBHILCD1] and is the musical companion to his book ‘Simplify’, from Watkins Publishing, which is envisaged as nothing less than a Spiritual Survival Guide for these times. Together they offer a way to stay sane in these somewhat confusing times we are living in.  The first single from the album will be ‘Sacred’ and is released on 16th May 2022. The album was produced by Matt Butler (The Rolling Stones, Katie Melua) in a studio in the mountains of Wales in October 2021.

The Music is both a signpost and a soundtrack. All of the songs on this album carry this message; Bob’s beliefs have at their heart that there is an urgent need for change in many areas of our world and in our lives, & offers solutions & suggestions for such – through the music on this album. ‘Sacred’ is also all about stripping away superficialness and vanity; & finding more depth & a more meaningful existence.

As Bob says, “I’ve made this record because I want the World that we live in to look different. To feel different. To be fairer. To be Greener. What’s driven the making of this album is the desire for change. ‘Sacred’ is an unapologetically spiritual album. An album of healing. An album of positivity & hope in these times of challenge.”

This is Bob‘s fifth Album. He tours internationally and lives off-the-grid in rural Somerset. The songs were written during the last three lockdowns – as something of a response. ‘Sacred’ is an important record with a strong message and it comes at a time when perhaps we need it the most.