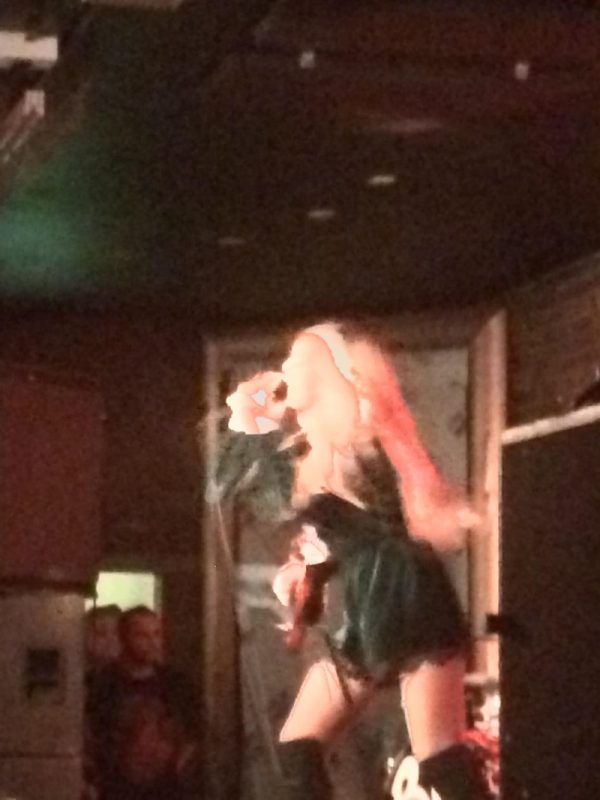 Big enough to headline this place a couple of times, it seems odd to see Kadavar back as the support. Odd but superb.

Afforded a long enough slot – at an hour – to be more or less headline length anyway, there is something reassuringly simple and unfussy about the Berlin based three piece. Essentially three hairy beardy blokes who have a love for the sounds of the rock n roll of the 1970s, they pretty much amble onstage and fire out riff after riff after glorious riff. A stellar back catalogue means they have plenty to pick from too and “Come Back Life” crackles with the same urgency and vibrancy it always did, and “Living In Your Head” is a mighty slab of something very tasty indeed. When they lock into a groove they possess a hypnotic, almost psych rock element to their sound and songs like “The Old Man” from this end of their material, are most welcome here. There’s an almighty jam in “Creature Of The Demon” as singer-cum-riffslinger in chief Lupus Lindemann ends on his knees, before “Helter Skelter” gets the full fuzzed up treatment. Now, we would be tempted to suggest that anyone that can make The Beatles sound good must be geniuses, but that would be facetious, so instead… to paraphrase ZZ Top: Kadavar: they’ve got riffs and they know how to use them.

Let us take you back three years (give or take a fortnight) to Nuneaton. There to see Scorpion Child on their first UK tour, MV (before we were MV, but you get the point) came across the support for the first time. A multi-national band called Blues Pills, with a singer who had all the talent in the world, a band to match, but all looked nervous and inexperienced.

Three years is a long time in rock n roll, evidently, because watching Elin Larsson – on her birthday no less –  shaking her maracas, and strutting like Jagger, here in “Bad Talkers” and watching the band around her have a near total mastery of their craft, its fair to say the nerves are gone.

Part of that comes from the fact that in the “Lady In Gold” record they’ve cheerfully stuck out one of the records of the year – more importantly, they know this too. This confidence is all over their set.

Heavy on the new material – and rightly so, it’s incredible – the title track is good, the jam on “Little Boy Preacher” is better and “Won’t Go Back” is elevated even from the studio version. That those – along with “…Talkers” are the first four songs, gives a clue to what the band themselves think of their new material.

Not to say, however, the other stuff is forgotten and there’s a decent smattering of the debut too, “Devil Man” and “High Class Woman!” have become almost anthemic, and “Little Sun” is still gorgeous, but it’s a song from the new record,  “I Felt A Change”, that astonishes. Just Elin at the piano, solo and fragile, it was a highlight on “….Gold” and it is one here too.

Interestingly it is two from the new album that end things, as if BP have decided they are going to be classics, so they may as well be now and “Rejection” gets funky, while “Gone So Long” is purely an excellent song. Mind you, Blues Pills are just an excellent band.

And who knows where they will be in three more years.