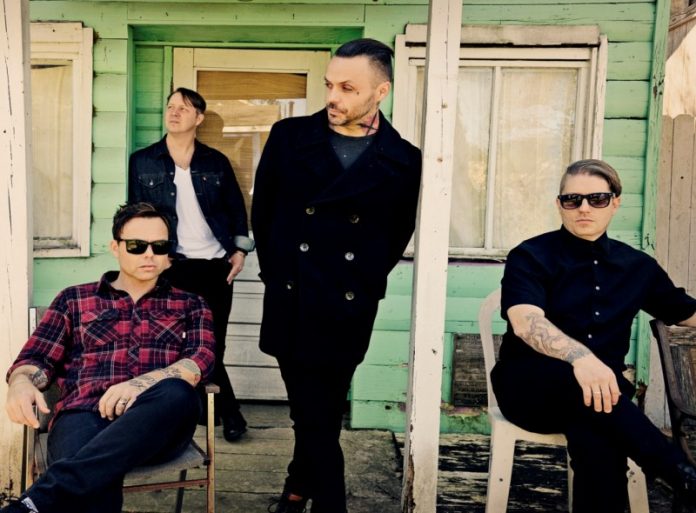 The sound on Home, the 8th album by Blue October, is described by the band’s frontman and creative force Justin Furstenfeld as desert rock: it’s all about space, atmosphere, big rock drums and that vocal that seems to talk to you in your ear (Justin is also a storyteller with a widely popular one-man touring show, Open Book). The melodies on Home were written by Justin on a small synthesizer, during road trips through the Texas and California desert landscape, and the lyrics came effortlessly. He affirms that Home “is the best piece of work we’ve ever done.”

“Home is welcoming the joy and sheer intensity of just…being alive,” says Justin, now four years sober after a long and debilitating drug addiction.
“The whole album is a reflecion on noticing the small miracles around you every day, and doing what you can with the time 0you’re given on this earth.” (One of the ‘small miracles’ can be heard on the opening of “The Lucky One,” with an unplanned ‘field recording’ of his young daughter looking at the sky, whispering, “I wish I could be a star.”)

In recent years, Fustenfeld started a family and Blue October has found success and freedom by forming their own label through RED. Little known to the media, the band’s audience has grown considerably since their major label days. The band continues to sell out large concert halls, with their fanbase and socials expanding by 50%. To compete with promotion budgets of major labels (the band turned down a 360 deal from their previous home, Universal), Blue October keeps a successful, ongoing PledgeMusic campaign, offering songwriting sessions and weekend retreats with the band. 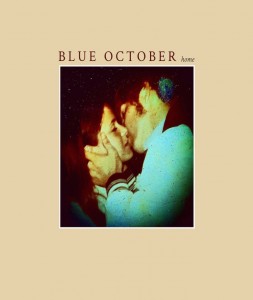 Also little known is how Justin engages with his listeners on a level rare for a band this size: by offering one-on-one support to addicts or simply taking the time after shows to listen. He loves painting but doesn’t consider himself a painter. He’ll sometimes turn these life stories into artwork for each person.

“His positive outlook notwithstanding, Furstenfeld hasn’t lost his signature grit, much less the ability to perform those older, angst-ridden songs with intensity and passion,” writes the Houston Press in 2015. “He says he’s even more capable of mustering up grit when performing his older songs now that he has fought past them.”

Blue October Home tour will hit the US this spring and summer.