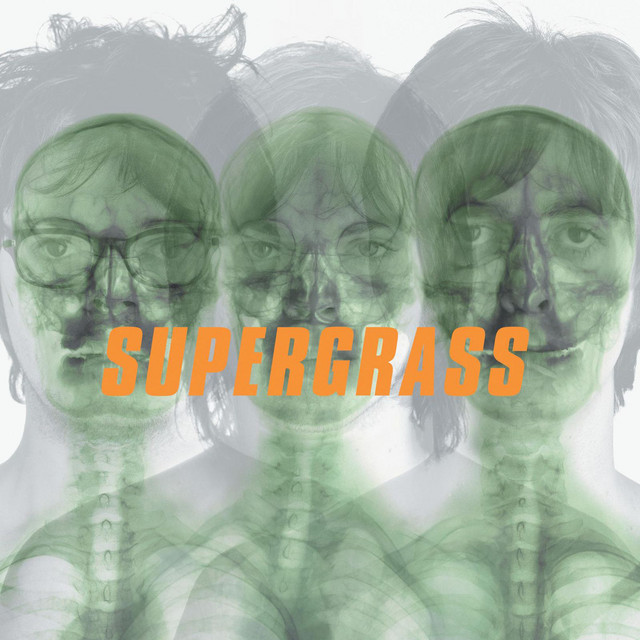 Supergass have just unveiled the music video for ‘Out Of The Blue’ – the long lost lead single for their self-titled 1999 eponymous album, the X-Ray album.

Performed live over numerous festivals in 1998 (as featured in the video), the track was inexplicably left off the final album by the band. Now, ‘Out Of The Blue’ features in the last week announced Supergrass 2022 remastered and reissued album, along with studio out-takes, never before heard demos, B-sides, other rare live tracks, exclusive 2022 remixes, a revamped 20 page photo booklet and much more.

Watch the music video for Out Of The Blue here

Supergrass announce details of the remastered expanded version of their hugely successful eponymous 1999 third album via BMG. The 2CD + 2x1LP features a full remaster of the original tracks, sourced and re-produced by the band and their original long-standing record producer — Pre-order here.

‘Supergrass’ often referred to as The X-Ray Album — because of the album artwork featuring the band as X-Rays — was recorded at the legendary Sawmills Studio in Cornwall with seasoned producer John Cornfield, who was also behind the band’s 1995 bombshell debut I Should Coco and sophomore 1997 album In It for the Money, includes the top 10 charting hit tracks Moving, Pumping On Your Stereo & Mary.

Originally released on 2nd September 1999, ‘Supergass’ champions the band’s unforgettable  sound whilst incorporating turn-of-the-century computer technology innovation to unveil something that has been described by Pitchfork Magazine in 1999 as “as beautifully produced as OK Computer but infused with the down-to-earth fun of early Beatles.” Supergrass reached #3 in the UK album Charts and #13 in the US Billboard in 1999 and has amassed over 300,000 sales in the UK alone since its release, certifying it Platinum. L ead single Moving, about the tedium of touring as a band placed #3 in Q Magazine’s ‘Best Tracks From The Best Albums of 1999’ and second single Pumping Up Your Stereo‘s accompanying music video awarded Supergrass their second BRIT Awards nomination for ‘Best British Video 1999’.

SUPERGRASS (REMASTERED, EXPANDED EDITION) IS RELEASED BY BMG ON