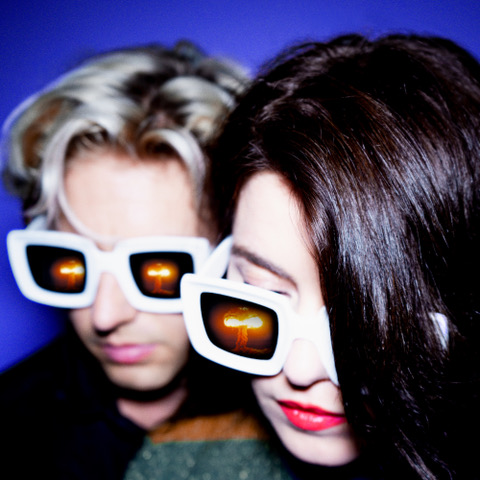 Blood Red Shoes have today shared their new single, ‘I AM NOT YOU’; the second single from their upcoming album, ‘GHOSTS ON TAPE’.

The single arrives ahead of a full UK Tour and new album ‘Ghosts On Tape’ in 2022. Details below.

“The song takes industrial synths, and guitars distorted through the cheapest digital interfaces we could find and smashes them together into one harsh metallic slab of pure rage.” Explains Steven Ansell.

And that anger can certainly be felt as Ansell’s furious vocals crash across the heavily distorted guitar of the track’s chorus. These anthemic moments are woven together by menacing verses that really announce GHOSTS ON TAPE as an album that will be rich in sonic ingenuity and mystery and is released on 14 Jan 2022. The huge sound of both ‘I AM NOT YOU’ and first single, ‘MORBID FASCINATION’, tease what’s to come from a project that has really brought the band closer together, both geographically and artistically.

After years spent living on opposite sides of the Atlantic world events threw Ansell and Laura Mary Carter of Blood Red Shoes back together into what has become the most fruitful era of their 17 years together.

Finally, the band have also announced a run of UK & European dates in early 2022. The full list of dates is as follows: