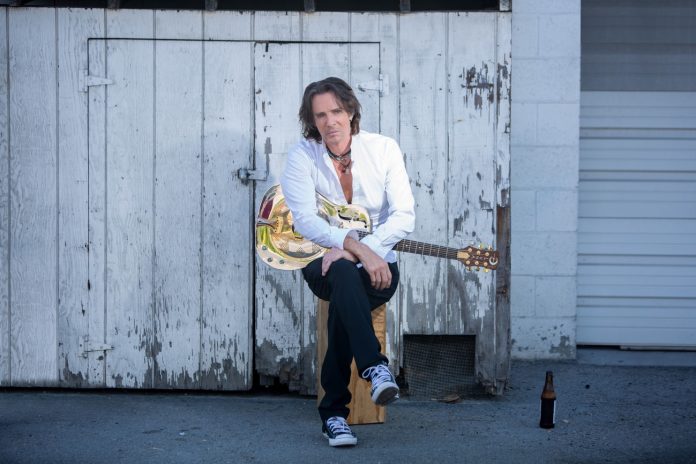 Rick Springfield’s resumé as a successful musician and actor has been well documented down the years. ‘The Snake King’ is most definitely NOT the album that most people have been expecting from him, as, not for the first time in his career, Springfield has thrown a curveball that will simultaneously surprise and delight his loyal fans with a record that finds him travelling down a dusty dirt road to explore his blues muse. Songs such as ‘In The Land Of The Blind’ (released as a single), ‘Little Demon’ and epic album closer ‘Orpheus In The Underworld’ demonstrate the blues driven journey that he has undertaken.

Of the many delights on this album, his underrated guitar playing really shines here, perhaps more so than on any other record in his storied catalogue. As for the lyrics? These are possibly not what would be expected either, but we’ll leave it up to you the listener to interpret what is being relayed here.

For all his accomplishments as an actor and best-selling author, Rick Springfield’s first love has always been music, ever since he first picked up a guitar at the age of 12 in his native Australia.

With over 25 million albums sold, 17 U.S. Top 40 hits (‘Don’t Talk to Strangers’, ‘An Affair of the Heart’,’I’ve Done Everything for You’, ‘Love Somebody’, ‘Human Touch’ and many more), as well as a Grammy for Best Male Rock Vocal for his No. 1 US hit single ‘Jessie’s Girl’ behind him, Springfield really has something to say with his latest release, the blues laden ‘The Snake King’.

Still playing numerous live shows every year, Springfield’s unique bond with his audience was the subject of the 2012 documentary ‘An Affair of the Heart’, which won special jury awards at both the Nashville and Florida Film Festivals. He was also a featured guest in Dave Grohl’s 2013 documentary ‘Sound City’ (about the fabled LA recording studio) and wrote and recorded a song with the Foo Fighters frontman. Recent acting assignments have seen him appear in Jonathan Demme’s ‘Ricki & The Flash’ (also starring Meryl Streep and Kevin Kline), plus a multi episode arc in season two of the HBO series