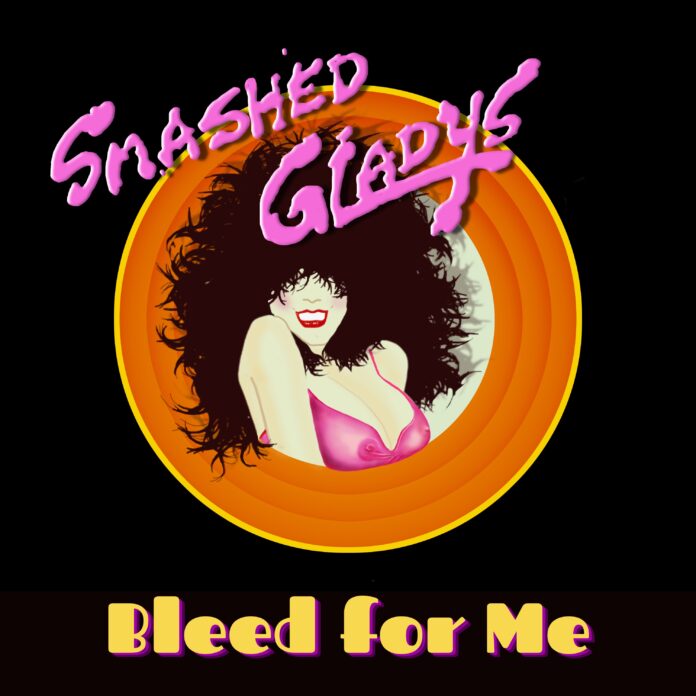 SMASHED GLADYS release single ‘Bleed For Me‘, out now on Golden Robot Records.

Born from the embers of the vibrant Toronto punk scene, SMASHED GLADYS was formed in 1984 and headed to New York City. The band was fronted by vocalist Sally Cato and were snapped up by Elektra Records, becoming part of the legendary glam / hair metal scene.

Cato sadly passed away in 2020, and Golden Robot Records are proud to bring you new material in her honour. Smashed Gladys recorded these songs as demos for their 3rd album, which has now been remixed.

The first three singles ‘Bump In The Night’, ‘Go To Hell’ and ‘Never Take No’ were recently released, to emphatic fan approval. Now their 4th single, ‘Bleed For Me‘ is out now, giving fans a further insight into the rare recordings and relive the magic of SMASHED GLADYS.

No apologies in this raw and raucous tune from the New York glitterati, Smashed Gladys. ‘Bleed for Me‘ meets you at the intersection of tough rock chick and funky glam boys – and tells you exactly where to go. Turn it up and you can feel the heat of a packed downtown club and smell the whiskey wafting through the air.

Listen/Buy ‘Bleed for Me’ HERE