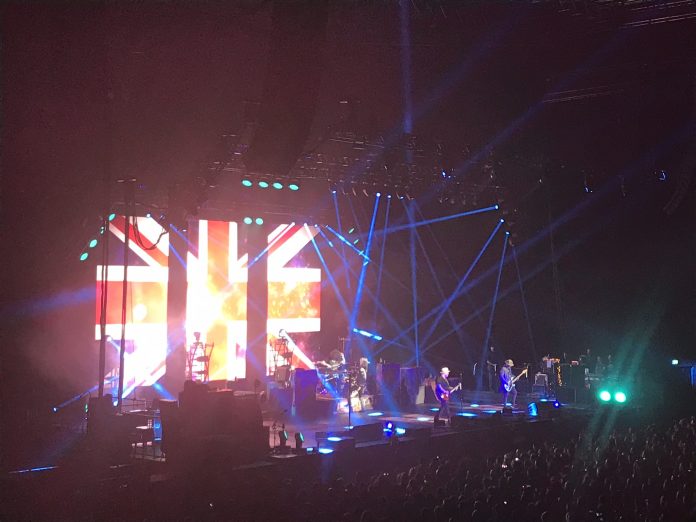 “True Rocker” is more than just the title of the first song that Monster Truck play tonight. It’s their life, it seems. Ever since their “Furiousity” record hit over here the four piece have delivered rock n roll in its purest form. Put simply – and you can come up with whatever phrase you like and it all comes back the same – there is nothing not to like about Monster Truck. Their all too short half an hour proves that in spades. Their mantra continues with “Don’t Tell Me How to Live” a glorious middle finger to anyone who demands you play by their rules, and “Evolution” which sums their sound up perfectly. “Devil Don’t Care” is bluesier, “She’s A Witch” is cheerily dedicated to a fan in the front row that’s been at all their shows on this tour – and surely the time for them to stop being a cult act over here is right now? Frontman Jon Harvey, roars it all out, Jeremy Widerman – shirtless from the off as if he means proper business – spits out these riffs, while Brandon Bliss’ organ sends them into different realms than their peers, and when they finish with “Sweet Mountain River” (which deserves the epithet “classic” adding) and “The Lion”, then I’ll have to pose the simple question: “is there a better rock band out there right now?” Ain’t that the truth. 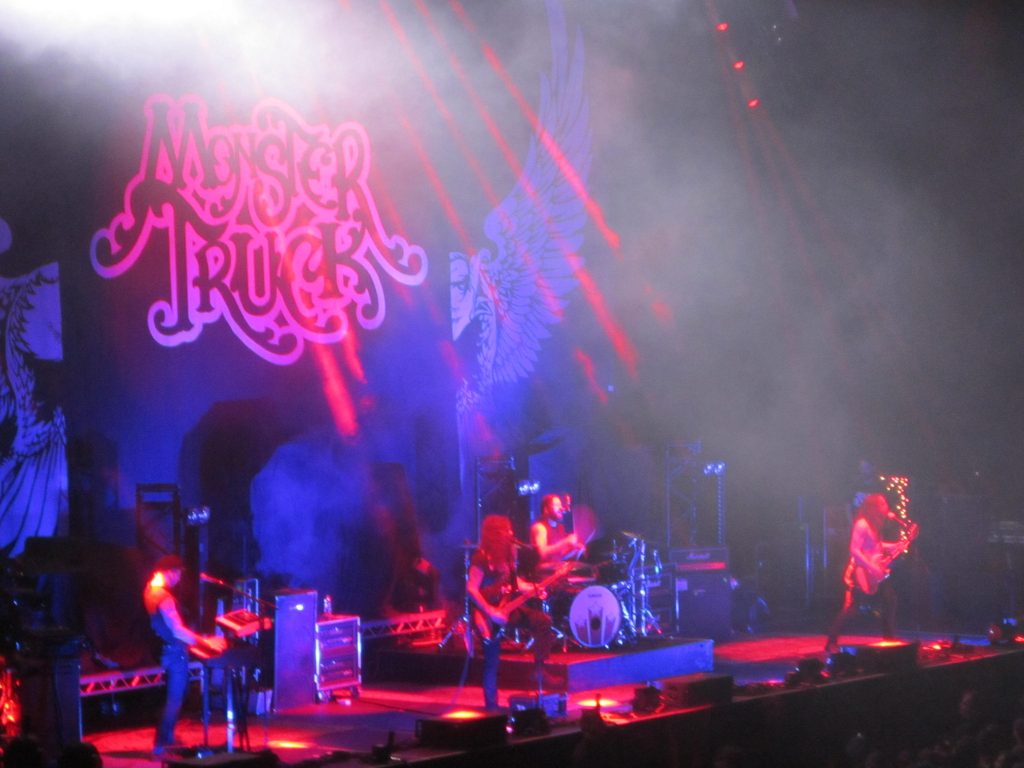 So, yeah. How do you follow that? Well, to be honest, its easy. “I guess them long haired dudes from Tennessee are back, then?” says The Cadillac Three singer Jaren Johnston, and he ain’t wrong. TC3 are regular visitors here and everyone is aware of their considerable talents. “Peace, Love And Dixie” provides a stomping – if slightly understated  – start, but somewhere around “Tennessee Mojo” they get their….well….mojo back and goodness me, they are a sight to behold. “Hank And Jesus” is obviously heartfelt from a man who is a fabulous songwriter, while the brilliant “American Slang” is more akin to the work of Springsteen or Gaslight Anthem than many of their others. “White Lightning” is as beautiful and fragile as ever, but “The South” – an absolute anthem – is a show-stealer.   All three men leading a chant of “this is where I was born and this is where I’ll die….” And in that moment, you understand TC3. For them this band, ain’t just music, this is a way of life. 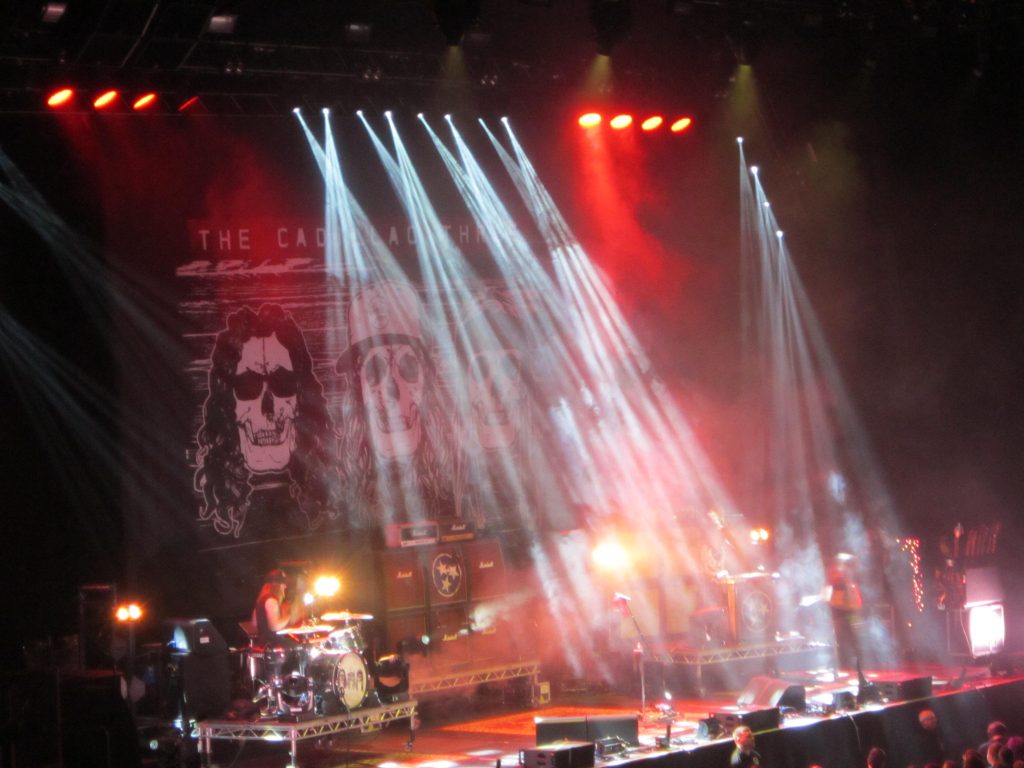 Halfway through, thereabouts, the show tonight, Ben Wells – the human dynamo that is Black Stone Cherry’s rhythm guitar player – offers this: “first time we played in this city, it was in the Barfly around the corner, and you’ve supported us ever since….”

I was at that gig, as it happens. My brother picked up the bands debut record and looking around here tonight, as there are thousands packed into the Arena, you can only commend BSC on their journey. The same four guys, the same humble attitude and hard work. A collection of songs that many of their audience know backwards.

And my, how they deserve this victory lap.

That is essentially what it is too. They begin and end their main set with songs from this years superb “Family Tree” record, a collection that saw them branch (sorry….!) off into different, funkier areas – evidenced by the sound of “James Brown” a little later, but as the name Family Tree suggests, they aren’t about to forget their roots either.

To that end, “Rain Wizzard” is played early, and the track – from the debut –  explodes. There are plenty of highlights elsewhere, too, from a band who seems to find writing arena ready rock n roll pretty easy. From the sassy “Cheaper To Drink Alone” (which segues into “Purple Haze”) to the big old tear jerker of “Things My Father Said”, they’ve got an arsenal in their back pocket that they can fire at will.

If I am to be totally honest, there is a bit of a lull in the drum solo and the long, drawn out jam on “Hoochie Coochie Man”. For my money, BSC are better when they stop being Gov’t Mule and kick out their jams, like “Lonely Train” – 12 years old and still shining like gold – “Blame It On The Boom Boom” and “White Trash Millionaire”. Those three songs are the band summed up.

As, actually are the last two. The set ends with the new record’s title cut. A song about keeping those you love close, and remaining with your feet on the ground. Something surely that is ingrained in these four, as is the encore. “When Peace Is Free”.

Those positive vibes, great rock n roll and the overriding thought that they’re just decent people, is why Black Stone Cherry have been taken to hearts in the UK in quite the way they have.