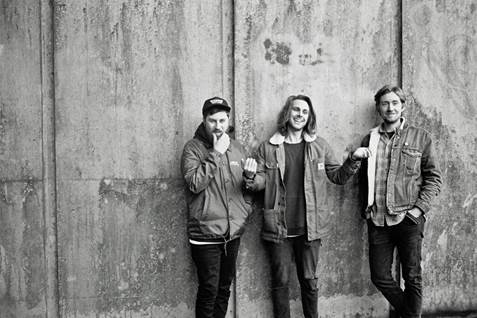 Digital EP on the way

Black Foxxes will release a digital only 3-track EP, making their vibrantly heartfelt performances of ‘My Wrecking Ball’ by Ryan Adams, ‘Molten Light’ by Chad VanGaalenand ‘Neige’ (acoustic) – a Black Foxxes original track previously only available as a bonus track on their debut album, ‘I’m Not Well’ – available to fans for the first time.

The tracks were recorded earlier this year at Universal Records Studio, London, as part of their exclusive session with Headsick (https://open.spotify.com/user/headsicksounds)

And thus the EP will be called ‘Headsick Sessions [Live]’ and will be released via Search And Destroy on December 16th 2017.

Explains BF front person, Mark Holley:-“’Neige’ was an obvious choice for me, we recorded it live on the album anyway so wanted to do a one take style thing again to accompany the covers seeing as it was so fresh.

‘Wrecking Ball’ genuinely came about the night before the session, I really liked where the track sat vocally for me, it was a comfortable register and enabled me to really go for it on the chorus’. I’m such a big Ryan Adams fan I’m stoked to finally be able to get something recorded.

Molten Light has been a cover I’ve been playing for years; I don’t know where I first heard the track… it was probably on an old Sub Pop playlist, but I remember instantly falling in love with it. Through the years I’ve kinda tailored it to my own style and this was the first track I knew would be set in stone for the sessions.”