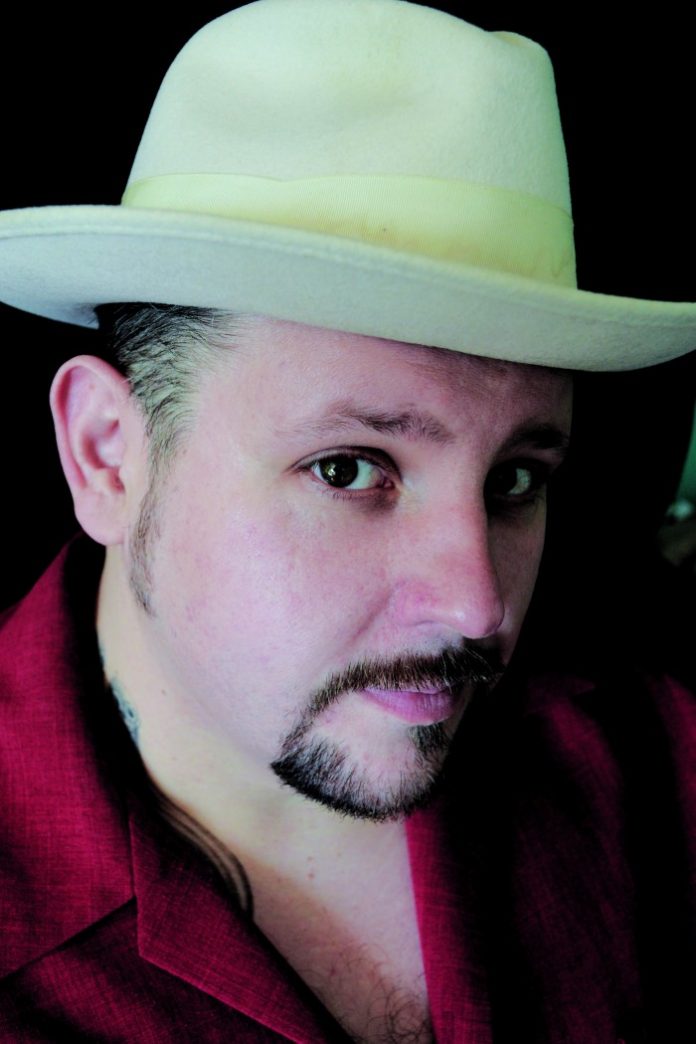 With a fascination for textures and subtle narratives Luxury Hobo sees Bloater in a tougher, deeper and more expressive mode following a bout of depression in 2013 which has led it to take a lot darker and personal tone.

He confesses, “I never felt I was prone to that kind of thing”. Opening up, he continues, “I had a breakdown, the album centres around that we’ve got all these great things but are still pissed off and medicate ourselves to be normal.” For a while life was put on hold whilst he tried to focus in on looking after himself and getting back on track and this fed into the albums’ mild dystopian outlook which is littered with moments of dark humour, wit and twists.

“The basic idea of the title” Bloater explains, “is we are all luxury hobos these days, we get to go here, there and everywhere but no one has it the hard way now do they? We all have our luxuries, it’s that juxtaposition, I think the whole album is about the modern day life and society.”

His Tom Waits-esque gravelly vocal delivery, coupled with the distinctive and dynamic guitar style has seen him build on the blues foundation offering insights into rockier territories, aided and abetted with his ability to weave story-telling around barbed observations.

This approach has led to praise from Imelda May who has confessed to being a “massive fan”, Jools Holland declared him “one of the greatest bluesmen of our time” and Mark Lamarr personally funded a vinyl single run just so he could have a copy and radio has been a regular guest on BBC Radio for Jools, Mark, Paul Jones, Craig Charles as well as Imelda’s RTE show.

His career has taken him around the world and has seen him perform at the top of the World Trade Centre, was voted the ‘Best Band of the Weekend’ at the Viva Las Vegas Festival, Nevada – has supported Carl Perkins, played with Wanda Jackson, Paloma Faith and appeared at festivals such as; Latitude, Secret Garden Party, Hop Farm, Jersey Live, ABC Roskilde, BluesFest, Barcelona’s Hayride, Sweden’s A-Bombers. He has lead the Rhythm Riots Kings of Rhythm band at theRhythm Riot Festival since its inception and was personally invited to record at Abbey Road for Paul McCartney.

“I get this blues tag all the time and I don’t think of myself as a blues artist” he confesses. “I’ve got so many more influences than that, there is so much I want to bring in, for me when I made this album I was thinking more rock ‘n roll, the edge of that 70s pub R&B type thing, I was listening to loads of stuff like Mott the Hoople and T-Rex, there’s a lot of that on this album too.”

He has toured regularly with friend Imelda May, who featured on Sweet & Brown and Every Path Has Its Puddle from 2011s Big Boy Bloater and The LiMiTsalongside jazz-funk legend Snowboy (Jamiroquai, Amy Winehouse).

Immortalised in book form, he has been featured as an ‘R&B Guitar Icon’ in; Rock & Pop: The Complete History, The Illustrated Encyclopedia of Music and Blues: The Complete History. Currently the presenter in the hugely popular The Blues Magazine Show for Team Rock Radio where his charismatic and down to earth personality perfectly suits the shows format and has given him the chance to interview some of the greatest artists both past and present including; Robert Cray, Walter Trout, Mud Morganfield and Dan Patlansky amongst others.

The album kicks off with the swiping rumbling of Devils Not Angels which is about being wary of people who you first meet as they may be deceptive and into the glorious It Came Out of the Swamp – a song about attacking what you don’t understand. “I wanted to do something swampy as well,” adds Bloater. “I literally saw it as a creature coming out of the swamp and wanted this sound in the background, it’s just one chord throughout the song pumping away, a relentless onslaught of this thing coming out of the swamp – its misunderstood which you can hear in the line ‘‘it was cold and hungry, it just wanted to eat, but all the people, chased it up the street’, they attacked what they didn’t understand.”

The Devils Tail is an ode to the YouTube generation and the fame hungry who will do whatever it takes to get noticed that starts off with the line ‘If you wanna get the devil’s attention try stamping on his tail’ whilst I Love You (But I Can’t Stand Your Friends) is a bullet to the point and I Got The Feeling Someone’s Watching Me follows on from The Devils Tail in which it observes and highlights the fact that we’re constantly captured via cameras and followed by CCTV. “It almost started as about being in a padded room with a two way mirror, in a way that ties back to the last song and the Youtube generation of being filmed all the time,” he explains.

Luxury Hobo Blues is a twist on the traditional blues song, or an anti-blues ode if you like and is the most autobiographical on the album dealing with his everyday life and having to medicate his brain whereas Robot Girlfriend is a darkly comic tale of the future of dating.

All Things Considered is a beautiful respite, “this is probably the best song on the album” he proclaims” I really wanted to do something with that Stax vibe to it, the rest of the album is quite full on and I just wanted to calm it down a little.”

Album closer Not Cool Man comes from when they supported George Thorogood and the Destroyers and had to provide the full PA for the slot which they went over by one minute to have a grumpy roadie glare and say ‘Not cool man’  which inspired the songs’ fictional mankini wearing lothario.

“Writing this album is a bit of a change from the last one, I wanted to write these biting songs, but didn’t want to be too negative either, so I added a little twist to the end to say I didn’t really mean it or something more positive” he adds. Having always self-produced all his own records, this time he enlisted the ear of Adam Whalley to help bring out what they produce live and it brings the production quality to the next level. 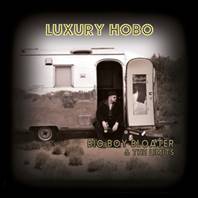 02 It Came Out Of The Swamp

05 I Got The Feeling Someone’s Watching Me

Big Boy Bloater and The LiMiTs are: