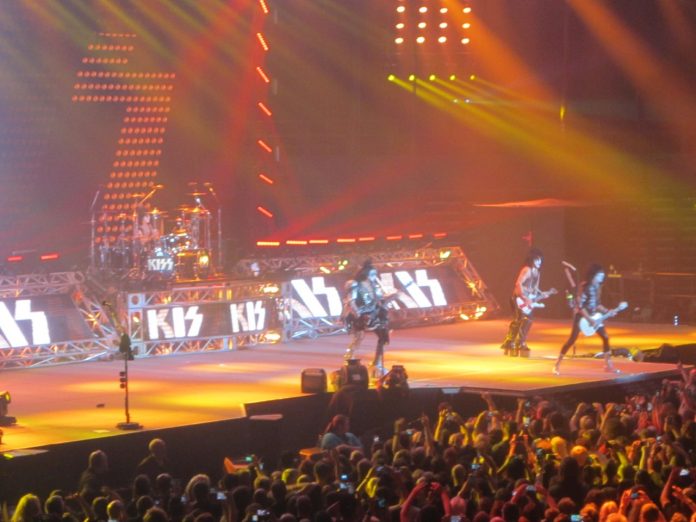 It’s fair to say that Damian is probably the most eclectically minded of the MV scribes. If the rest of us haven’t heard of a band then Damian is probably able to reel off about six times he’s seen them and owns all their albums. Here are his top gigs of 2017.

Well, it`s that time of year to take a little time out and reflect on some of the shows that really struck a chord with you. I got to just shy of eighty this year sadly and was hoping to break at least the eighty barrier but ces`t la vie.

King Creosote – Town Hall – Kenny Anderson and his mash of musicians. Check out the track “You Just Want” mesmerising show almost brought me to tears it was so emotional. Note for Mr Anderson I hear Scarlett is available now.

Mexrrissey – Town Hall –  Mexico`s finest playing homage to Manchester`s iconic frontman Steven Patrick Morrissey and making him sound happy and danceable, one of those where you had to be there. Can`t get the song “Estuvo Bien (Suedehead)” out of my noggin.

July Talk – Hare and Hounds – Canadian indie band with tangible sexual chemistry between singers Peter Dreimanis and Leah Fay. Play the track “Push and Pull” as loud as you can.

New Model Army – Robin 2 – sold out show with sweat dripping down the walls. Last years Winter album showed them at the top of their game. How these boys aren`t selling out the NEC is beyond me.

Hawkwind – – O2 Institute – annual mind fest from the Space rock guys. Mr Brock is 76 so if you ain`t seen em go soon. “Silver Machine” got a blast as well.

Kiss – NIA – What can you say – you know what to expect with these guys and they delivered in spades. You`re lying if you say you don`t know any of their songs. Pure entertainment.

The Reverend Peyton`s Big Damn Band – Robin 2 – American country blues from Indiana. Almost sold out so may have trouble getting a ticket next time. Great show and Breezy set her washboard on fire as well. Great new song “We deserve a happy ending” check out the video as they got to set a friend on fire, honest!!

Ruts DC – Hare and Hounds – quite possibly the finest gig I’ve seen in the Hairy Hounds. All the faves plus stunning track “Kill the Pain” from the wonderful `Music Must Destroy`

Sparks – O2 Institute – My favourite band ever. Wonderful new album, wonderful show, Back in the top ten after thirty years. Ron up dad dancing and a couple of obscure numbers but shock runner up gig of the year, to see winner keep reading,

Richard Thompson – Warwick Arts Centre – former Fairport stalwart. Just him and a guitar – what else would you need. Classic show.

The Killers – NEC – spectacular show from the Vegas boys. Brandon proves what a magnificent frontman he is and some cracking songs to back it up.

Black Star Riders – Wulfrun Hall – classic rock from a classic band – ok nobody will ever replace Phil and the boys, but these guys come near. Ninety minutes of pure pleasure.

Little Steven and the Disciples of Soul – O2 Academy – Sopranos`s Silvio Dante and Lillehammer’s Frank “The Fixer” Tagliano, Bruce`s trusted sideman Steven Van Zandt rocks up in England`s second city to prove he ain`t lost it. How may people can you get on stage?? Was able to reminiscence listening to `Angel Eyes`, `Princess of Little Italy` and the heart-breaking `Forever`

Royal Thunder – Mama Rouxs – hailing from Atlanta, Georgia and comprising Mlny Parsons, Josh Weaver, Evan Diprima and Will Fiore. I was left stunned like a rabbit in the headlights watching this band. I was blown away with outstanding tracks such as “April Showers” and “Time Machine” Invest in their last release `Wick` Mlny has a voice that Janis Joplin would die for, My gig of the year. I haven`t been so stunned by a band for years.

Nick Harper – Hare and Hounds – possibly the first time I’ve seen him with a band and it was most excellent. New album the political Lies! Lies! Lies! In full then Harper classics filled out – what more could you ask for.

Gogol Bordello – Wulfrun Hall – American / Ukrainian gypsy punk band, thoroughly entertaining, infectious music that will have you up dancing or at the least tapping your foot. Complete organised confusion

Dan Reed Network – O2 Academy – the return of the Rainbow Child in top form and sharing `Baby Now I` and `Ritual` welcome back Dan. Looking fit and well and seems to be really enjoying life.

Well what a year, some great nights. A shout out to those who didn`t quite make it like Madison Violet, Brett Cobb, Wild Ponies, The Professionals, Handsome Family, Ryan Hamilton, Jarrod Dickinson, Frankie Valli and Happyness but it was a touch choice.

Really looking forward to 2018 and hitting the eighty barrier. Have fun