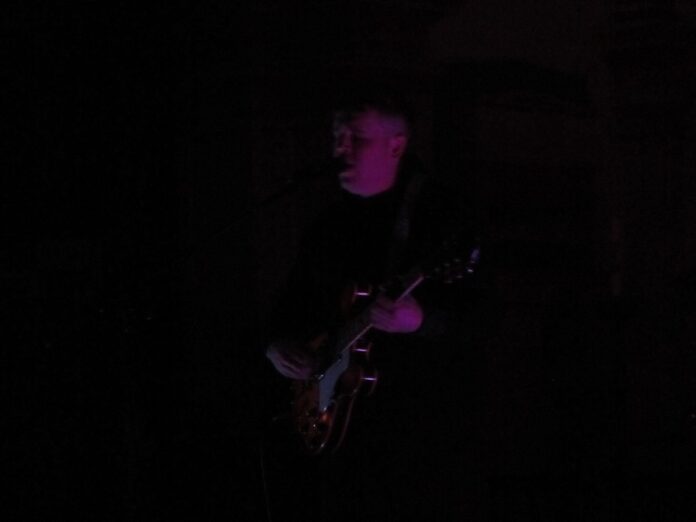 After two years of not being able to perform in front of a live appreciative audience Benjamin Francis Leftwich has hit the road with a vengeance and arrives in the UK`s second city on the sixth date of this twenty six date trek around the UK and Ireland. He`s celebrating the ten year anniversary of his album `Last Smoke Before the Snowstorm` and also promoting his latest release `To Carry A Whale` which was released last year.

Tonight`s show is performed in the wonderful Grade 1 Listed church in St Paul`s Square in Birmingham`s Jewellery Quarter, the last remaining Georgian square in our great city. The stage or maybe I should say alter is atmospherically lit with a few candles to the side near the closest of the pews. BFL has acknowledged and has dealt with his personal struggles. Indeed, he quit drinking and other stimulants and underwent a stint in rehab and seems in a much brighter, happier place these days. .

His latest release ‘To Carry A Whale’ was the first written and recorded entirely sober, a state he has maintained since spending 28 days in rehab in January 2018. This helps give context to the album’s title – ‘To Carry A Whale’: “It’s an observation on what it’s like to be a sober alcoholic addict a couple of years in,” says the singer. “A whale is heavy to carry. It’s gonna hurt you to carry it. But it’s also beautiful, and it’s a miracle to be able to carry all that at all.”

There`s no fuss as BFL walks to the front of the chancel and opens with a couple of tracks from `Whale` with the intense and introspective `Oh My God Please` and the lighter `Cherry In Tacoma`.

We head back in time for the gentle `Tilikum` before the first track from `Last Smoke` with a favourite of mine `Pictures`, which he sings as he ventures between the pews. The singer than flits through the years with a few numbers that i`m sure are audience favourites , judging by the reaction with `Some Other Arms`, the wonderful `Canary In A Coalmine`, `Look Ma!` and `1904`

The singer`s manager has encouraged Benjamin to communicate more with his attentive listeners and he does so by talking about his Father, who has sadly passed and plays his Dad`s favourite song the dreamlike `Maps`. We have another song from the latest release with the wistful `Full Full Colour` before the captivating `Shine`, reflective `Gratitude` and contemplative `Elephant` close the show out.

After a lull, the singer returns and shares the moving `Tired In Niagara`, the heart-breaking `Kicking Roses` and sentimental `Atlas Hands` during which he unplugs his guitar and sings the number a capella while standing between the pews and strumming his guitar acoustically.

As when I previously saw BFL at the Leamington Spa assembly three years ago, this was a really emotional and thoughtful evening of well written and beautifully performed meditative music.

The new album is a stunner and it was good to hear some cuts from it shared live. I found that the evening was quite emotionally overwhelming and a lot to take it and appreciate immediately but I can now reflect back the next day and appreciate what it was we all experienced.

Benjamin Francis Leftwich is a wonderfully talented young English singer-songwriter, who maybe doesn`t receive the plaudits and recognition that he richly deserves but that said, I really don`t think he cares as he just loves music and has a drive to share his own. There are only twenty dates left for you to catch him on this tour, you have been warned.