Behind The Scenes At The Hotei 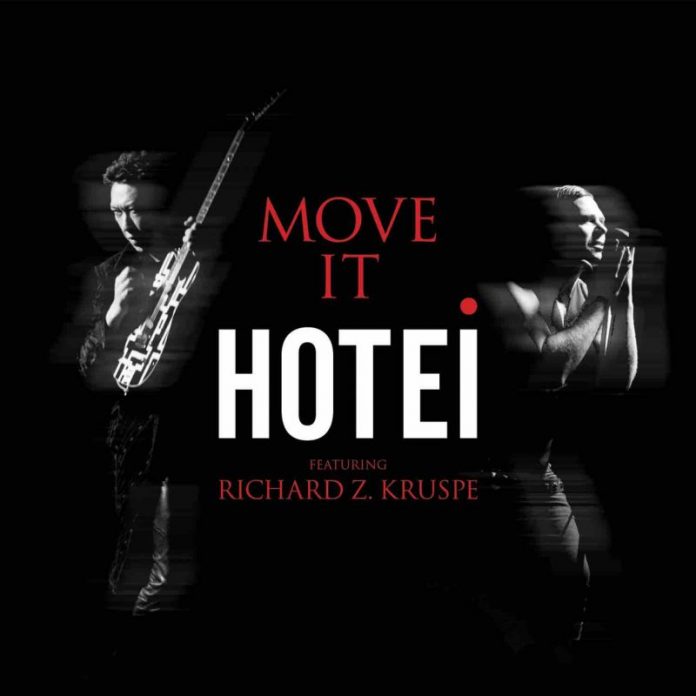 May 7, 2016
Reading time: 1 min.
Facebook
Twitter
Pinterest
WhatsApp
Linkedin
Email
Print
Telegram
Copy URL
By Andy Thorley
Watch how they made it….
Last week, we streamed the new video for ‘Move It‘ by guitar superstar Hotei, featuring guest vocals by Richard Z. Kruspe from Rammstein.
Now. there’s this intimate and rare behind the scenes video, which features interviews with both Hotei and Richard.
The track is taken from Hotei’s debut UK release Strangers, which features an array of high profile guests including Iggy Pop and Matt Tuck from Bullet For My Valentine and more. Best known for his song ‘Battle Without Honor Or Humanity’, instantly recognisable as the theme from Quentin Tarantino’s film Kill Bill, Hotei has played alongside the The Rolling Stones, David Bowie and many more high profile artists across his career.
Heralded by Time Out as “iconic”, Hotei has sold more than 40 million records in his native Japan and is on a huge 35th anniversary tour of Japan at the moment.
Previous article
Cursed With Freedom
Next article
Even More Hate This Summer