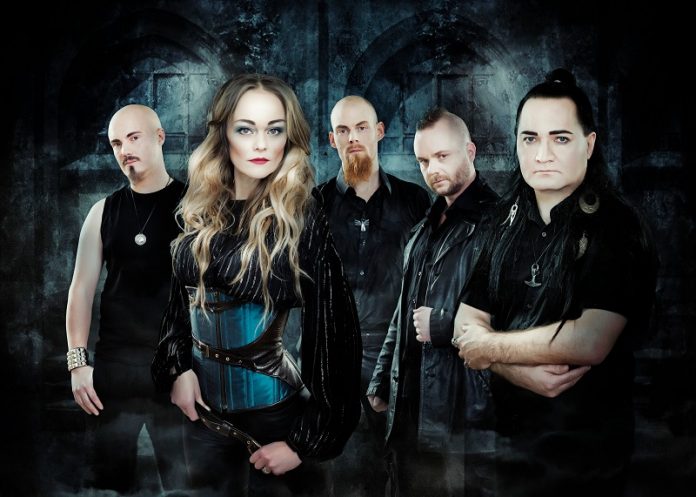 AMBERIAN DAWN are never at a loss for Symphonic Metal that moves your deepest soul.

With the ear-piercing dramaturgy of incredible songstress Capri, their eighth record entitled Darkness of Eternity is studded with stupendous fanfares. Today the band unveils the initial details of their upcoming studio album including artwork, release date and track listing!

AMBERIAN DAWN mastermind Tuomas Seppälä already unveils:
“”Darkness of Eternity” is one of the most emotional AD-albums so far. It’s got some really bombastic songs in mood of dark & symphonic melodic metal and in contrast to that also some really poppy songs too. For me it’s really hard to stick in one genre only and I constantly want to compose different kinds of songs! 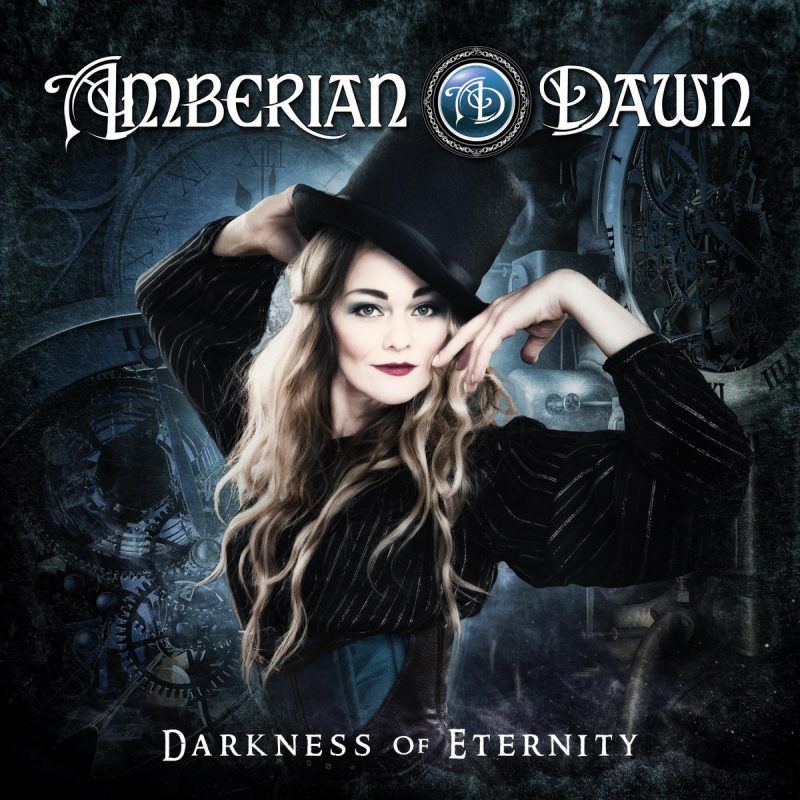 “Darkness of Eternity” will be available on November 10th 2017 via Napalm Records and the full track listing reads as follows:

The “Magic Forest” story continues and Tuomas explains:
“The song ”Symphony Nr.1. Part 1 – The Witchcraft” told the story on the last record “Innuendo” before the time of “Magic Forest”. The little girl is a healer and village elders buried her alive in a coffin. The track ”Symphony Nr.1. Part 2 – Darkness of Eternity” on our upcoming record “Darkness of Eternity” tells the story of the girl lying in the coffin trying to get out. Darkness is asking her to dance the waltz of eternity. The story will continue in Part 3 and we will tell you how she became the Magic Forest’s evil witch!”

Tuomas Seppälä on the recording process:
“We did a lot of production at legendary Finnvox Studios, in Helsinki – Finland: drum recordings, mixing by Mikko Karmila and mastering by Mika Jussila. We also used a live string section on orchestral parts and that added nice colour on the sound. It’s easy for me to say that this album is without any doubt the best sounding AD album ever! It’s a kind of monument for me and it introduces the many sides of me as composer. I still feel very lucky that I’ve got Capri on this band because she’s probably the only singer capable singing all of those different styles with superior sound & feeling.

In fall 2016 & spring 2017 I had the honour to visit ABBA’s Benny Andersson’s studio in Stockholm – Sweden and was allowed to play his personal vintage keyboards & grand piano to be able to catch some of that ABBA-vibe on a couple of ”pop-metal”- songs. I know there’s really a huge contrast to those symphonic songs, but I just needed to go even further with this style I started with ”Court of Mirror Hall” and ”Knock Knock Who’s There” on our previous album. So, if you liked those, you’re going to love ”Maybe” and especially ”Sky Is Falling”!”