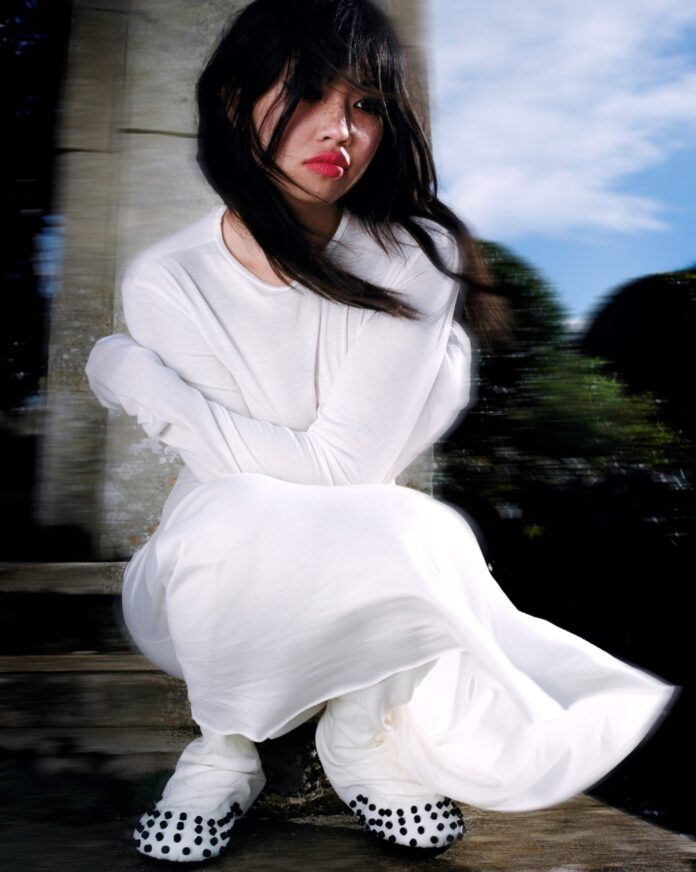 10:36 unpacks Bea’s personal relationships with the people in her life, and how she depends on human contact to sleep: “You’re just a warm body to hold / At night when I’m feeling all alone”, she sings.

“10:36 was written after Fake It Flowers and just before Our Extended Play, and I had envisioned it to be on that EP, but I was sitting on that riff for ages and then I properly made a demo during lockdown. It was called 10:36 because that was the time I finished writing it. It’s basically about how I have this weird dependency on human contact to sleep.”

Alongside the singles Talk, See You Soon and Lovesong, 10:36 is another taste of Beabadoobee’s thrillingly diverse and experimental album Beatopia, which is available to preorder now

Beatopia is a fantastical yet deeply personal world that was formed in the imagination of a seven-year-old beabadoobee and has been carried with her ever since. Housing her most impressive work to date, the album marks a huge progression. In 14 songs she traverses fuzzy rock, psychedelia, classic singer songwriter, Midwest emo and outright pop whilst remaining undeniably herself throughout.

Beabadoobee is currently poised to embark upon a run of worldwide festival shows including Glastonbury, Governor’s Ball, Summer Sonic, Mad Cool, Rock En Seine, TRNSMT and more. She’s just finished a support tour with Halsey as main support at arenas across the USA and will shortly be also joining Bleachers in America. Following this, Bea will play a number of intimate acoustic shows around the album release in July, and a headline tour of the UK in October.

Tickets on sale now from beabadoobee.com