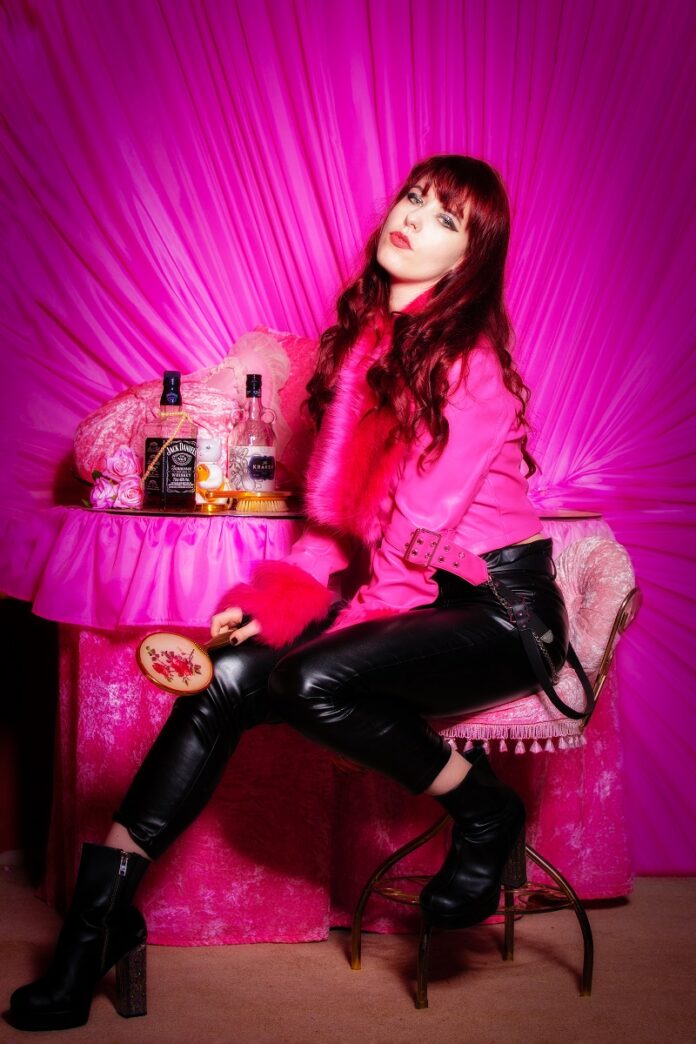 Blackburn-based alt-rock band Bastette share their brand new single ‘Good Time Girl‘, out now on all streaming platforms. A song celebrating diversity, ‘Good Time Girl’ is an anthem for womxn, the yee-haw gays, the QPOC community, and everyone in between.

Featuring pole princess Kitty Velour and drag icon Liquorice Black, the music video was shot in the Northern Quarter of Manchester and showcases people from diverse backgrounds embracing who they really are.

Recorded at the Lounge in Wigan with Gaz Nuttall, the band laid down an electrifying guitar riff and the song effortlessly came together to create a mashup of old Guns n Roses with a punky upbeat chorus. Written for womxn and the LGBTQ+ community, this track doesn’t hold back; it is bold and punchy just like the communities it champions.

Speaking of the track, Caroline says, “‘Good Time Girl’ is about taking control of your own desires. It has always been the case that womxn have been objectified in society and those who are different are made to feel like they don’t belong and belittled. Don’t let others dictate who you can or can’t be. Sometimes, you have to fight your way through hard times to come out in a better place and to truly understand who you are.“

Bastette was formed in early 2019 and is the brainchild of singer-songwriter Caroline Eve Kenyon. Exploding on stage like a supernatural force with unrestrained confidence and confessional vulnerability. She arms herself with sonic power and huge hooks; sometimes aggressive, sometimes hauntingly intimate, but always authentic.

Bastette, the Egyptian Goddess of Protection, was originally a stage character created by Caroline as something she could step into on stage. She says, “I’ve always used high heels, big hair and over the top outfits as a mask and Bastette was just one step further. Originally I even addressed myself as “Bastette”. As a musician you are constantly developing and this next EP ‘Awakening’ is about waking up to reality. I have lived a lot of my life hiding from the truth because I couldn’t face negative things that might have been happening. It’s about owning who you truly are – Bastette is a side to me that has always been underlying…. Music has allowed me to let her loose. “

2022 is set to be an exciting year with festivals booked up and down the country ahead of the release of new EP ‘Awakening’, out September 30th.

This is your invitation into her world…