Bass In The Place 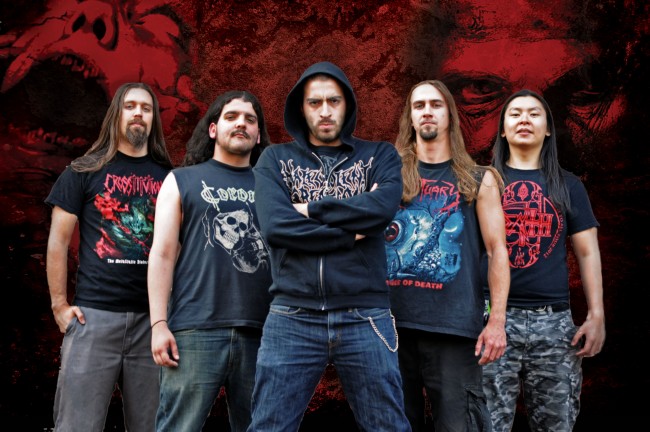 And it’s fretless too

Ottawa, ON based ACCURSED SPAWN has posted a fretless bass playthrough video for their song ‘Clotheshanger Abortion’, taken from the 2014 EP ‘Putrid’. The video was filmed and edited by Brittany Dawn Kreatives.

“We figured it was about time to show people what Wei has added to the Accursed Spawn sound. To say the least, his hands flying around the fretless has caught a lot of people’s attention since he joined about a year ago. Hopefully this will give fans a sense of what they can expect when we record our debut full-length later this year.” – Jay Cross (drums)

Accursed Spawn’s latest EP Putrid can be purchased from the group’s Big Cartel and Bandcamp pages, as well as through CDN Records.