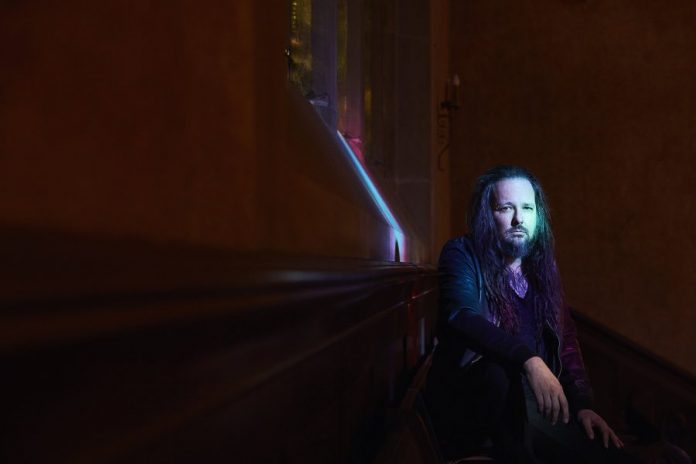 Jonathan Davis of Korn, whose previous musical contributions have yielded two GRAMMY® Award wins, eight GRAMMY® Award nominations, worldwide sales of 40 million-plus, has released a new song, “Basic Needs”. The third track released from his debut solo album, Black Labyrinth, out May 25 on Sumerian Records, follows the previous releases “Everyone” and “What It Is.” “What It Is” is currently Top 5 on the Active Rock Charts in the US and debuted as the #1 most added single on Rock radio.

The new track, “Basic Needs,” continues to echo Davis’ imaginative and genre-bending approach to Black Labyrinth. The album represents the beginning of a new chapter for the Bakersfield, CA singer, songwriter, composer, producer, and multi-instrumentalist. It also comes as a natural step in his evolution, inspired in part by the Ganzfeld Experiment, and the out of body experiences and hallucinations that often accompany it. Davis quietly compiled ideas for what would become this solo effort beginning back in 2007. Writing and recording on the road, he personally contributed guitar, keys, and anything else he could get his hands on to the record. Moreover, the music was primarily recorded live, a departure from Korn’s heavily calculated, meticulous, studio approach to creation.

Davis is no stranger to finding success while pushing the boundaries of music. Throughout over 20 years in music, his presence has coursed through film scores, popular video game franchises, and official remixes for the likes of Steve Aoki and more. Along the way, he has also lent his voice to tracks for everyone from Linkin Park to Tech N9ne.

Pre-Orders are available at the following link: http://smarturl.it/BlackLabyrinth

Jonathan Davis will be bringing ‘Black Labyrinth’ to the UK on the following dates: