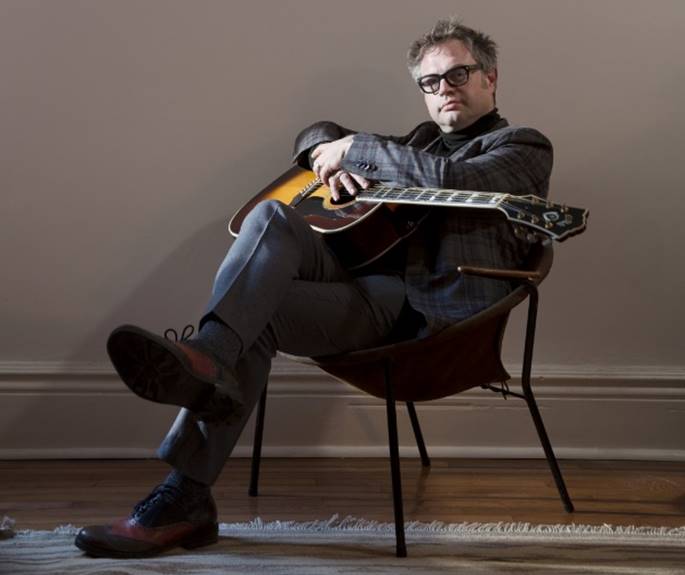 Steven Page’s distinctive and powerful tenor is among the most instantly recognizable voices in popular music today.

The singer/songwriter is a founding member of The Barenaked Ladies with whom he toured the globe and sold millions of albums. With new music Steven is returning to UK stages for the first time in ten years with dates this October and November, some of which are already sold out.

Steven has continued his artistic evolution with a diverse array of solo projects since leaving Barenaked Ladies in 2009. To that end, he has composed six theatrical scores for Canada’s Stratford Festival, including 2016’s production of Macbeth, collaborated and toured with Toronto’s innovative Art of Time ensemble and journeyed across North America as host of TV’s The Illegal Eater while continuing to write, release and perform his original music.

Steven released his latest opus, HEAL THYSELF, PT. I: INSTINCT in 2016 followed by a two week critically acclaimed residency at New York City’s storied Café Carlyle. With the album Steven firmly established his own identity as a song writing craftsman, continuing his tradition marrying the sweet with the tart in a way that can sound deceptively palatable.

“I’ve always had a sense of wonder about that era of Sixties and Seventies music, and probably always will,” he says. “I remember getting Paul McCartney’s second solo album for my 11th birthday, and there’s a picture in it of him standing in front of his 16-track machine in his home studio, with his kid tugging at him. I think from the moment I saw that photo, while listening to this strange album he’d made at his house, I decided I wanted to do the same thing.”

The new UK tour shows will see Steven return in trio form with long term musical mates Craig Northey and Kevin Fox on guitar and cello with new songs, renewed vigour and with his trademark Canadian satire at full steam: something Page has gained an entirely new perspective on since moving to the US several years ago. “I’ve always had a problem describing myself as an artist, and it got even harder after moving to the U.S. where that word has been devalued considerably,” Page says. “There was always a sense of guilt that I didn’t have a ‘real job,’ and that got channelled into some of these new songs, almost as a reaction to the mistrust and spitefulness that pervades so much of our current discourse in North America.”