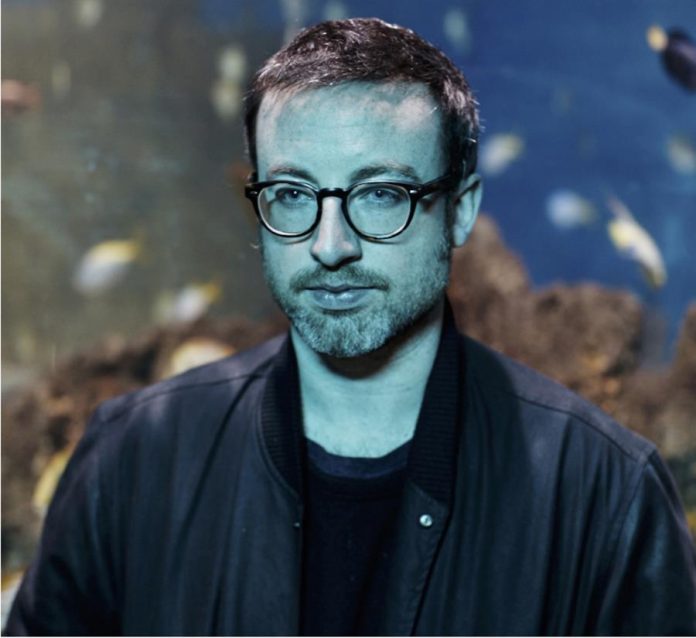 Duncan Lloyd is probably best known as the guitarist and musical driving force behind Mercury Music Prize nominated band, Maximo Park, but Lloyd’s frenetic outpouring has also seen him busy with various projects including Decade In Exile, Nano Kino, experimentalists Res Band, and solo work under his own name. It is his solo work which now calls for our attention, with the release of new album, ‘I O U O M E’, and it’s first single “Heads of The Bastille.”

On an album about surviving change, detailing the eﬀort to escape self-destructiveness, division and the inevitable breakdown of certain relationships, “Heads of The Bastille” marks itself out as a starkly personal track, in which Lloyd ponders his “mistakes are carved in rock, through the Appalachians of your heart” and his “memory turns against me”. It’s a tale of fading love, lyrically at odds with its defiantly buoyant melodies.

It’s a quality that seeps through the foundations of “I O U O M E”; Lloyd’s voice has a tactile warmth, weaving around deftly self-produced music, as if through his own nocturnal metropolis. The melodies keep you aﬂoat but between the layers there’s an emotional intimacy borne of experienced song-writing, both nimble and volatile. Talking about the record, Lloyd comments;

“From ‘Heads Of The Bastille’ onwards, these songs come from a more personal perspective and it’s fair to say there is a lot of longing in them. They were mostly written in motion, travelling on long journeys, often late at night when ideas tend to mutate & evolve in a way which is less black & white, where finer subtleties appear.”

Ultimately “I O U O M E” is an absorbing album, rich with melody, melancholy and wit. With the addition of Tom English (Maximo Park) on drums, and additional vocals from Eternal Summers’ Nicole Yun, the album powers into sonorous focus, never lapsing, it is a full-blown journey that is saying something worth hearing and for Lloyd, the end result this time, is his alone.

I O U O M E by Duncan Lloyd