BAND OF THE DAY: WOLF MANHATTAN 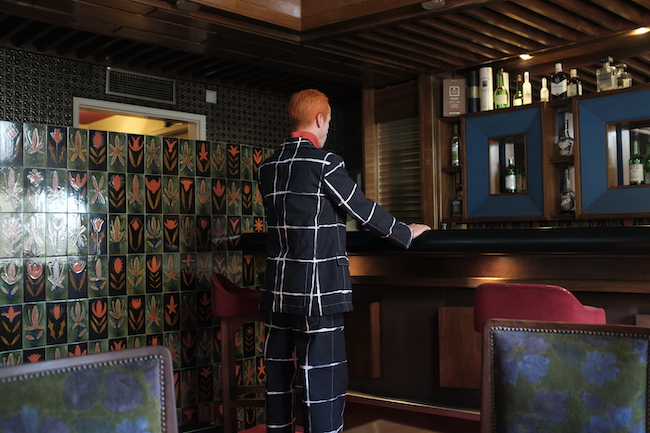 Wolf Manhattan, the alter-ego of musician, composer, producer and post-punk electronic wizard João Vieira, is a bedroom producer who, in a non-specific time, lives alone above a local shop in New York City. Surrounded by his uncle’s record collection, a 4-track and a guitar from the 50s that belonged to a well-known artist, he finds that the only way to ease his loneliness is to listen to The Velvet Underground, Daniel Johnston, Jonathan Richman, Adam Green and The Shangri-Las. Composing and recording become his only and best friends. Thirteen straightforward pop-garage songs about heartbreaks, self-doubt, bad decisions, lost dreams and minimum-wage jobs are the result of that friendship. All those lost songs have now been found and compiled in his debut, self-titled album available on 17th March 2023.

Today, Wolf Manhattan has shared the album track ‘Sometimes‘, the song that João explains “perhaps best represents my choice of adopting an alter-ego for this musical project. It was my way of freeing myself of that pressure we all often feel of maintaining and conforming to the ideal image others have of us”. The song is also accompanied by a video.

João sees Wolf Manhattan, his new folk-punky-garage persona, as a true escape from the complexities of day-to-day life. The 13 sharply-outlined songs, the warmth of the analogue sound and the familiar themes of his debut album are the perfect (self)relief for an overproduced and saturated world.

Continuing the journey into the world of Wolf Manhattan, the book ‘The Story of Wolf’ will be published in a bilingual limited and numbered edition of 100 hardcover copies in risograph (two colours) published by Stolen Books. The book tells the story of a New York bedroom musician who wrote some fabulous songs that were only discovered many years later. Written by João Vieira and illustrated by Toby Evans-Jesra, illustrator and musician based in London, the book will be available online from the 21st at Stolen Books.