BAND OF THE DAY: THE ROUGHHOUSERS 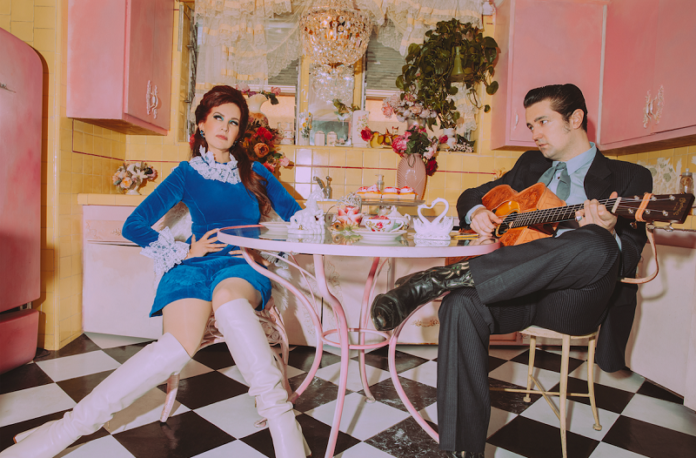 Grey talked to Country Queer about the song, saying, “Everyone wants them to be REAL but Princess Mike is a mostly fictional character inspired by my uncle Mark Villegas who used to let me and all of my cousins dress him up! I just thought it was important to represent fun, non-binary characters in kids’ media without the subject being “heavy” or putting too much focus on it. Ultimately I hope to live in a world where gender is an afterthought.”

And though The Roughhousers are a freshly-minted band — and “Princess Mike” is their debut single and video — they’re hardly newcomers to show business. Millions of people grew up alongside Grey DeLisle, even if they didn’t know it. She’s the most prolific voice actress in the history of American animation, and she’s lent her Grammy-winning voice to more than two thousand characters, including Daphne on Scooby- Doo and Martin Prince on The Simpsons, plus prominent roles on Batman (as Catwoman), Danny Phantom, Puffy AmiYumi, The Fairly OddParents, Avatar: The Last Airbender, and so many more.

Grey DeLisle is a natural match for guitarist and producer Eddie Clendening, who starred as Elvis Presley in the Broadway musical The Million Dollar Quartet and whose lengthy list of collaborators includes Jerry Lee Lewis, Little Richard, Dale Hawkins, James Burton, and other rock and roll originators. Their recording partners are some of the most iconic players on the roots/punk scene in LA, bringing the joyful album to life with the dreamy, effortless sound of alt-country and the bite of classic early-rock 45s.