BAND OF THE DAY: THE DIRTY NIL 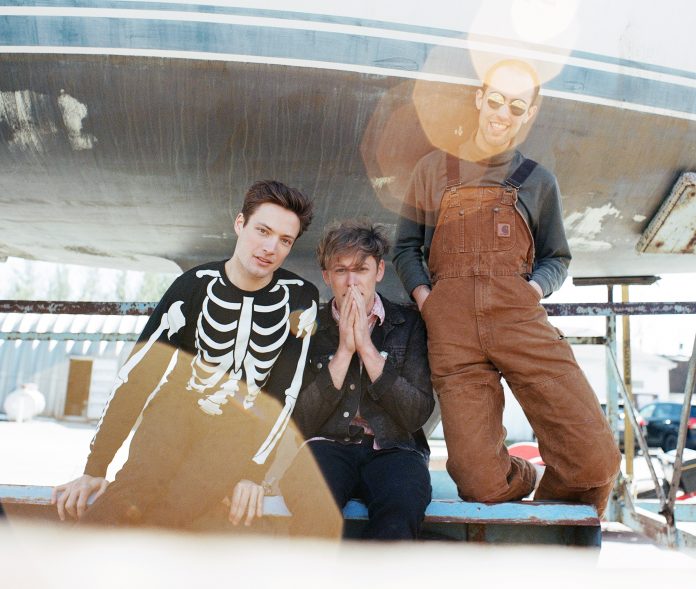 Canadian rock juggernauts The Dirty Nil have been tearing their way through the world’s grimiest basements and loudest clubs for years, and their new LP ‘Master Volume,’ (Dine Alone Records, out September 14th) multiplies their JUNO-winning (Breakthrough Group of the Year) sound to stadium-filling, nosebleed-reaching dimensions. Asserting an amplified, technically informed, yet polish-free style, the band proves their punk mastery while retaining all of their raw, buzzed-out power.

Opening for the likes of The Who, Against Me!, The Menzingers, and The Wonder Years, guitarist/vocalist Luke Bentham, bassist Ross Miller, and drummer Kyle Fisher have spent their time on the road studying the controlled power of their mentors. For ‘Master Volume’ their goal was to make the music “less of a sprint and more of a strut” says Luke, and they tasked veteran alt-rock architect John Goodmanson (Sleater-Kinney, Bikini Kill, Death Cab for Cutie) with helping them achieve a slower, more muscular groove. But in typical Dirty Nil fashion, the band was more impressed by his nu-metal and hard-rock cred, and the new music rejects any hints of pretention.

First single “Bathed in Light” epitomises this, a cruelly danceable death-behind-the-wheel jam set to a sludgy, glam rock, Cheap Trick-esque riff. Luke explains of the running theme of cars and crashes through the album: “What can I say, most of the rock ‘n’ roll I’ve consumed in my lifetime has something to do with fast cars, as Van Halen as that sounds.” Speaking to the origins of “Bathed in Light,” he continues “On a tour of England, I kept napping in the back seat of the sprinter. One dream, involving a fiery roundabout death, shocked me to consciousness and put me in a jittery mood. I wrote down some nonsense on the back of a guitar string package and put a stomper of a riff to it at soundcheck. Roundabouts are terrifying.”

Since they busted out of their quiet hometown of Dundas, Ontario, in 2011, The Dirty Nil have been making bold impressions with their hard-to-define (only accurate label: rock & roll) sound. Championed by the likes of Vice, Noisey and Stereogum and praised by Pitchfork for smashing “the boundaries separating ‘indie,’ ‘pop punk,’ and ‘alt-rock’,” the band will debut new music for the first time on UK shores at their 2000 Trees festival slot on Friday 13th July.