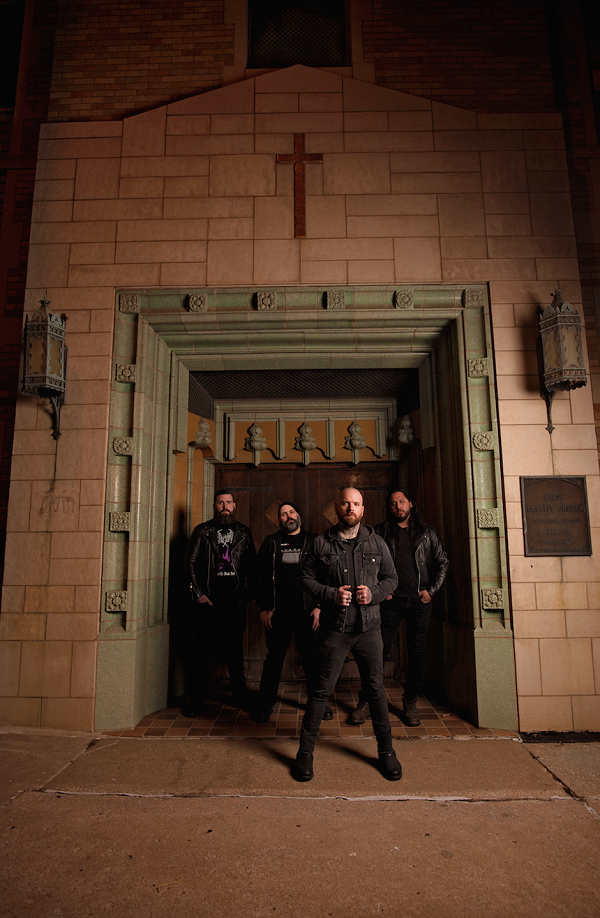 The Agony Scene have returned with a brand new song and video.

Partnering with Revolver, the band have premiered “Hand of the Divine”, the first single from new album Tormentor, out July 20 via Outerloop Records/Cooking Vinyl.

Tormentor is the band’s first album since 2007’s Get Damned (Century Media), which was preceded by 2005’s The Darkest Red (Roadrunner) and 2003’s self-titled release (Solid State).

“There is an underlying theme to much of the record, and that is the idea of an insane, manipulative creator, a ‘Tormentor’ of all mankind, if you will. The lyrics also touch on the idea that an unquestioning belief in such a creator and an infallible doctrine can lead to a more chaotic and dark world in many cases,” guitarist Chris Emmons told Revolver.

He continued, “‘Hand of the Divine’ was written about the Rubio murders that took place in Brownsville, Texas in 2003. These murders occurred as a result of a man who believed that his three children were possessed by demons. The video for ‘Hand of the Divine’ follows along the theme of an insane creator, but does have some loose parallels with the Rubio murders. It tells the story of ‘The Binding of Isaac’ that can be found in the texts of the Abrahamic religions. This story finds god demanding Abraham to sacrifice his son as an offering, proving his love and obedience. An insane and criminal act by modern standards and law. The story is portrayed a bit loosely, taking interpretations from multiple texts.”

“The Agony Scene, was the gateway band in the era of aggressive dark metalcore, paving the way for a new generation of metal fans (including myself),” said Outerloop president Shan Dan Horan. “It’s impossible for me to have a conversation with a metal artist without them mentioning The Agony Scene as an influence. That being said, I’m extremely excited to be a part of their most aggressive album to date.”

The band will announce its Summer 2018 tour plans imminently.