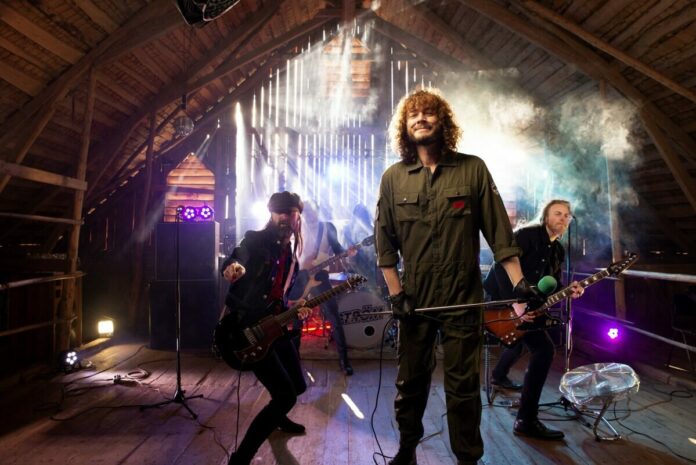 Taken from the band’s self-titled debut album, due for release on September 23, 2022

The third single “Gul & Blå” from STRÖM is out today along with a music video.

Singer Zdravko Zizmond comments:
“Gul & Blå (Yellow & Blue) is about feeling welcome in a country where you weren’t born, a country you learned to love and to be a part of.”

Zdravko arrived in Sweden as a kid, being born in Croatia.

STRÖM was formed in Växjö, Sweden 2019 by the members who still make up the band – Zdravko Zizmond (vocals), Calle Sjöqvist (guitar), Johan Siljedahl (guitar), Joel Carnstam (bass) and Tomas Salonen (drums). The members have previous experience from bands such as Kongh, Skogen Brinner, Streets of Mars and John Bull Gang. The debut album “Ström” will be released on September 23 and has been recorded by the members themselves. For mixing and mastering, they have hired Johan Forsman Löwenström (Håkan Hellström, Weeping Willows, Soundtrack of our Lives).