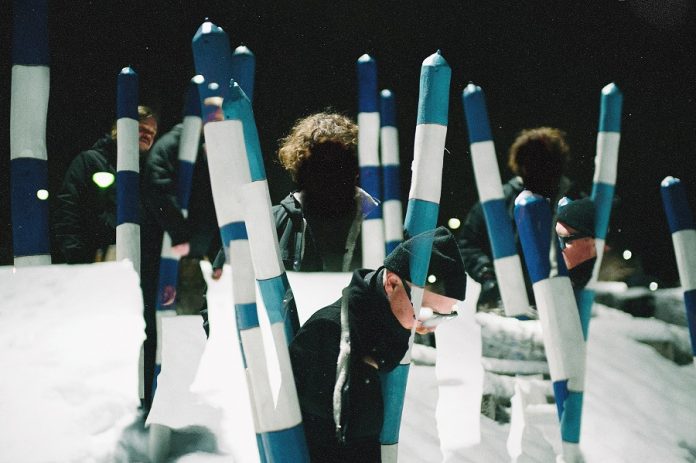 After a rapturous response to their first single “We Are All Going To Die”, which saw the band sit at no.1 as Hype Machine’s most blogged about artist in the world for nearly a week – no mean feat for a noisy guitar band – and having packed out two shows at by:Larm last month, Oslo power-trio Spielbergs are sharing another new track from their forthcoming debut EP “Distant Star”. The EP’s title track is out now and you can stream it HERE. The band are also announcing their first ever UK live show at Birthdays, London, on April 24.

If “We Are All Going To Die” gave us a look into just how intense, dark and heavy the band could go, “Distant Star” treads a more uplifting path, at least musically. On a track that guitarist and lead singer Mads Baklien describes as “about feeling lost in the grey of everyday life, wanting to change things up and start from scratch.” it’s clearly not all good times. However, this is swift-becoming Spielberg’s calling-card; their ability to marry the soaring and uplifting with the dark and gloomy. Baklien continues; “Distant Star tries to capture that feeling of being stuck in relationships and leaving the responsibility for your own happiness in the hands of your close ones.”

The Distant Star EP will be released on April 27 worldwide through By The Time It Gets Dark on CD and download, and as an extremely limited edition blue and gold glitter cassette.