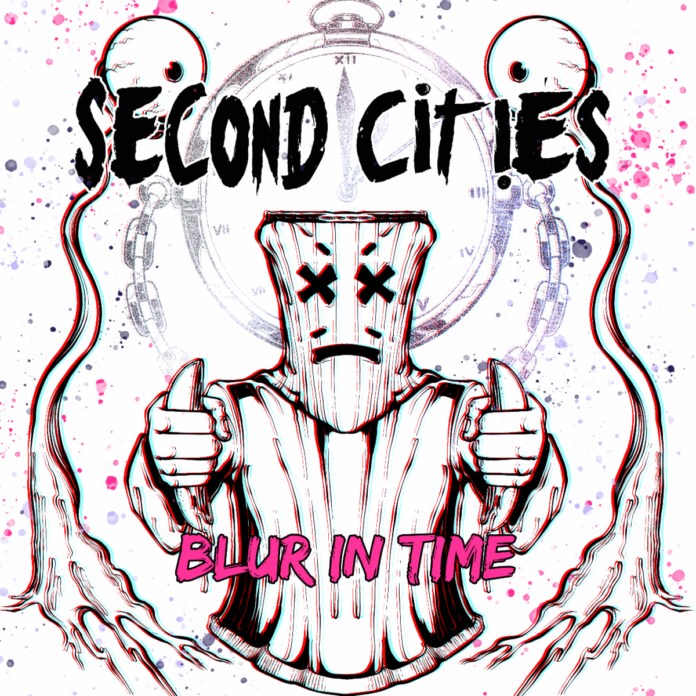 A Band for the abandoned, music for the outcasts. Second Cities fuse heart on sleeve emo lyrics (that our mom’s wouldn’t understand), with melodic-modern-metal stylings. The ‘Brummy’ band are gaining notoriety locally and nationally with great speed.

Having released their EP during the second UK lockdown, they show no signs of slowing down. Cities have filled-in and supported U.S touring acts such as ‘HUNDREDTH’ and ‘Chaotic Resemblance’ during their UK tours.

A Band for the abandoned, music for the outcasts. We represent those who feel like fringe folk, and wish to create a family that celebrates diversity through our music, expressing that its okay to not feel okay sometimes, but it’s also important to live your truth.

“As a proud member of the LGBT who’s also into alternative music, I want to express that unity through acceptance of who our listeners are and who we are writing for” – Jamie, Vocalist.

Fans Also Like: Bring Me The Horizon, You Me At Six and Bullet For My Valentine.

Previous article
GOT THE KEYS
Next article
REVIEW: MOTIONLESS IN WHITE – SCORING THE END OF THE WORLD (2022)