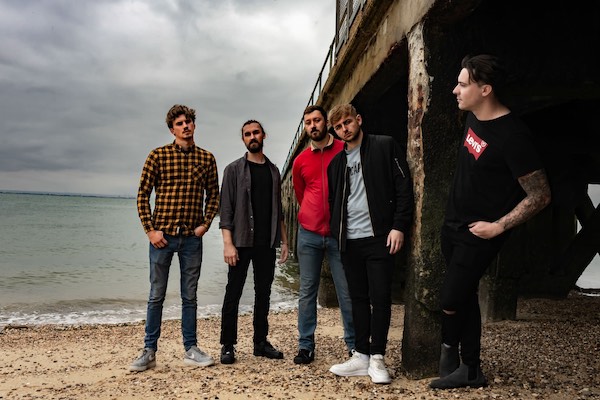 Starting out in October 2019 as a 4-piece, in May 2020 DanRidgwell joined the band and SAN QUENTIN was formed. Recently signing to Golden Robot Records, their debut single for the label, ‘Step Off’, was released in November, 2021.

“We bring indie rock music and high energy shows. Each song that is written and performed tells a different story, ready to share with the world.” – SAN QUENTIN

SAN QUENTIN are set to become important in the reinvigoration of the British rock scene.

‘Hurricane’ is fast paced, with catchy riffs, huge drums and relatable lyrics. “During the writing process of this song we really tried to tie in the rhythm sections and drums and create a sound that would resemble a hurricane.” the band says.

Overall ‘Hurricane’ is about the turbulence and unstable nature of youth culture. When the storm ends, you’re not the same person, and that’s what the storms all about. ‘Hurricane’ is the follow up to the recently released singles ‘Crossed the Line’ and ‘Step Off’