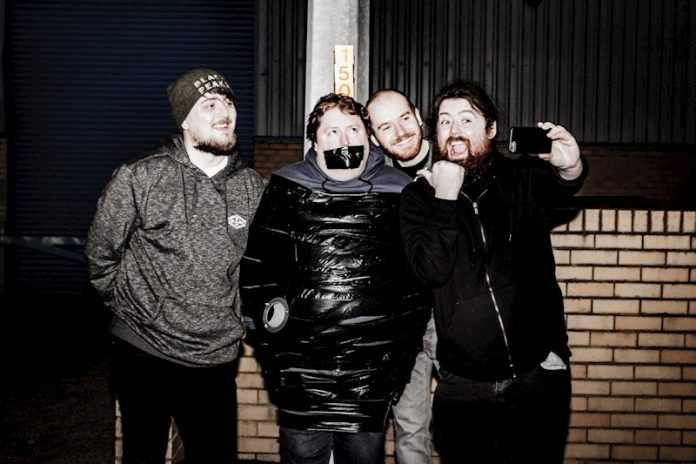 Bursting onto the scene at the end of 2018, RULED BY RAPTORS follow in the footsteps of acts such as Biffy Clyro, Reuben and The Xcerts, boldly mashing gritty, intricate, heavy-laden rock with soaring choruses, while keeping one ear firmly placed on melody. The intriguing alt rock combo have just revealed a new video for the single, Time – The track is taken from the band’s debut EP, Ouroboros, which arrives via Pulse Music on Friday 7th June.

Rising from the ashes of defunct post-hardcore outfit Digits, RULED BY RAPTORS push the boundaries of each member’s previous associations. Vocalist Chris Bradley explains: “We probably should have drawn a line with Digits when the band split in 2015, however Will & Nick had already joined, and work had already begun on a third EP.”This new EP would go on to form the bones of RULED BY RAPTORS’ forthcoming debut EP, Ouroboros. The move has already proven to be a popular one for the band, finding themselves less restricted creatively by what came before. Chris continues: “We called the EP ‘Ouroboros’, as we’ve come full circle writing it. The EP says goodbye to the old band and hints at things to come, it sets the framework for our sound, displaying the variation within our style, whilst remaining accessible and catchy at the same time.”

Upon listening to the quartet’s new EP, it’s evident that this new-found freedom has reaped ample rewards. The record is a towering statement that despatches ultra-magnetic hooks and engaging riffs, all coiled around twisting dynamics and unabashed groove. RULED BY RAPTORS have crafted a release which throws down a prominent marker to all. With live dates lined up with lit hop favourite MC Lars, alongside Koo Koo Kangaroo and Megaran, as well as further shows to support the EP, 2019 is shaping up to be a landmark year for the band.