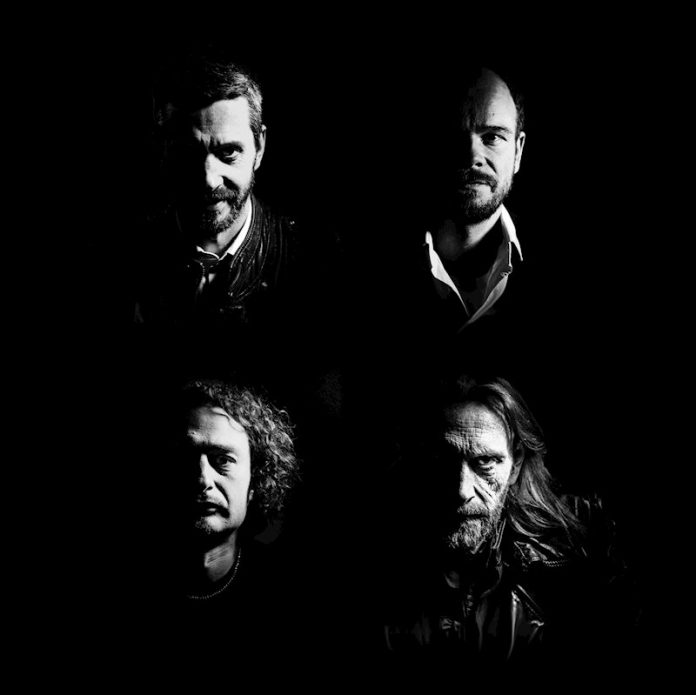 Brit dark rockers PEARL HANDLED REVOLVER return to the fold with an engrossing album and track. The foursome have just revealed a lyric video for Machine Gun, which is lifted from their compelling new album, Fantasy Reigns, out Friday 5th July.

PEARL HANDLED REVOLVER have travelled a long way to get to 2019. Over the last decade, they’ve had their fair share of escapades. Their four EPs, two live albums and three studio albums chart a journey from the limits of primal blues to blackened psychedelic soul music, via unlikely liaisons between cult film scores and bare bones Stoner Rock. Their aim is to get their fans feet moving, while their heads slowly succumb to an awareness of the madness induced by the modern world.

To date, the quartet have pricked ears and garnered much praise from a slew of notable outlets, namely: Classic Rock Magazine, Fireworks, Powerplay, Rhythm Magazine, Blues Magazine, Sound on Sound, Louder Than War and The Obelisk. Besides an impressive body of recorded work, PEARL HANDLED REVOLVER have also widely toured, sharing stages with everyone from The Black Crowes, The Blockheads, My Baby, Hawkwind, Focus, Uriah Heep, 10CC, Don Airey & Friends and Stray.

Now with a nod, a wink and a disclaimer stating that they hope you are wearing loose fitting clothing, they proudly present their fourth LP, Fantasy Reigns. Self-produced by the band, it is their most expansive, singular album to date. It is a soundtrack for both the dancefloor and the dark corners of a club, where release and catharsis can be found in the relentless motion of dance, the rhythms of conversation, shared ideas, and the spark and crackle of neurons vibrating in inner space.

Fantasy Reigns unleashes an intoxicating blend of psychedelic rock, dance dynamics, loose limbed grooves and hallucinatory storytelling to ignite, as the band suggest, “an escape from the lies we build around ourselves, the lies we’re told and the lies we would rather swallow than face”.