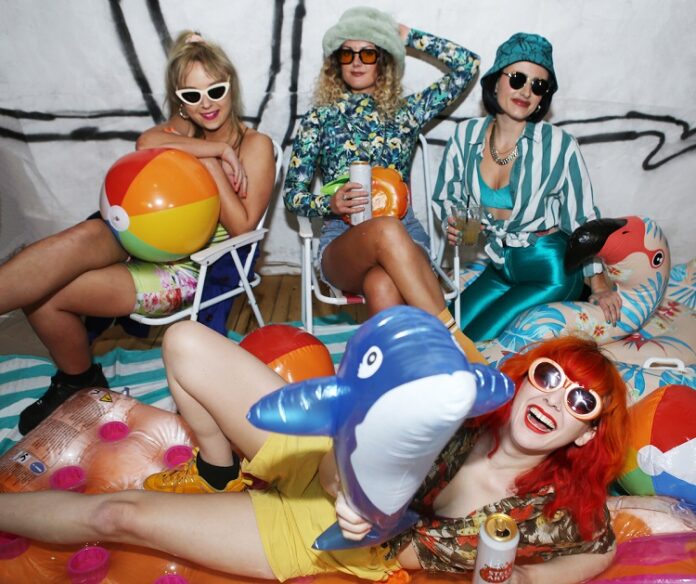 Manchester punk quartet Loose Articles are delighted to announce that they have signed to Alcopop! Records for their second EP, titled Chaos and set for release on 1st July 2022.

To celebrate the news, the band have revealed the EP’s title track and lead single ‘Chaos’ which is released on 23rd February 2022 via all good digital service providers.

The four piece have already announced a string of headline dates and festival appearances  for 2022 including Gold Sounds Festival and Stockton Calling, and also have the pleasure of supporting Dave Grohl’s rock legends Foo Fighters at Old Trafford Cricket Ground, Manchester on 25th June 2022 (see below for full listings).

Commenting on the title track, the band say: “The tune was inspired by a particularly warm winter, when we were sitting around in beer gardens way too early in the year and all feeling a bit guilty for enjoying ourselves in the knowledge that the weird weather was definitely due to man made climate change and not some kindly weather god giving us northerners a well deserved break from the cold & rain.”

Specialising in discordant, hypnotic repetition, tales of boozy nights out, and radical politics, Loose Articles are a punk quartet with plenty to say. Their music speaks to all those determined to get through the age of austerity with tongue in cheek, pint in hand, and two feet firmly on the dance floor. Plying repetition (repetition, repetition…) with ragged edges and a sardonic, sarcastic drawl delivered with fierce, in your face, punk-fuelled attitude, both feminine & threatening, Loose Articles are here to make a point.

Loose Articles describe their forthcoming second EP Chaos as: “a satirical examination of the hazards of modern life—keyboard warriors, the death of the independent pub, sexist footy fans, and the hopelessness that the woman in the street often feels in the face of impending doom. Whilst politicians fly their private jets to climate change conferences only to sit around scratching their collective heads as to why it’s so warm in February, all that’s left to do is head to the nearest beer garden and watch the world burn.”

Already heavily championed by Steve Lamacq at BBC 6music (where they’ve also seen strong support from Chris Hawkins, Tom Robinson and Amy Lamé) the band have also picked up love from John Kennedy at Radio X, and appeared on Spotify’s The Punk List.

Elsewhere they’ve been covered by NME as one of The NME 100 list, endorsed by punk-friendly fashion labels Fred Perry Subculture and Underground England, named as one of Under The Radar Magazine‘s 22 for 2022, and have appeared on BBC One’s Football Focus as keen amateur pundits and fans of the beautiful game.

More details of the EP and further live dates TBA over the coming months.