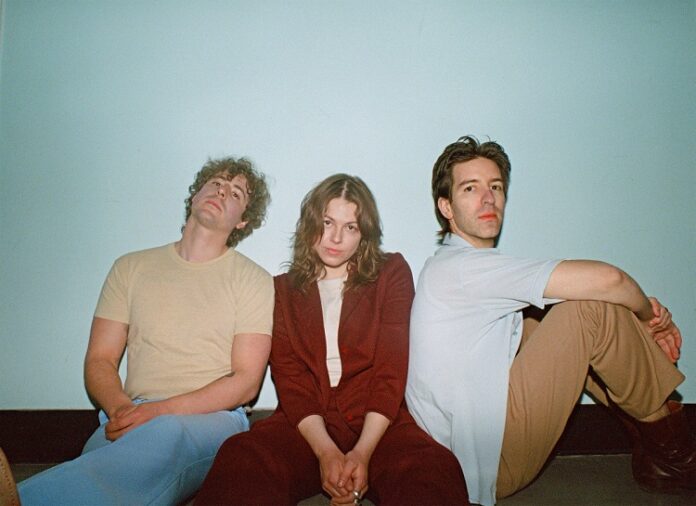 “I woke up in a panic as I ran over to my stuffy, 40° attic studio to join Jackson Willows (producer) for one of our routine Covid remote writing sessions,” says Jackie Mohr, who fronts Toronto trio jackie, when recalling how the band’s new single ‘My Best Years’ came into being. “I remember how disgustingly hot it was because the old man living in the downstairs unit of the house I was living in liked to turn the heat on during the summer months. As he often does, Willows asked me what kind of song I wanted to write that day, and we realized that we hadn’t yet written a BIG upbeat number for this EP…  so we picked the fastest beat/tempo we could wrap our tired minds around. The lyrics came easy as I belted out “MY BEST YEARS ARE CALLIN’, MY FEARS ARE FAR BEHIND”. I clued in then that I was trying to shed something weighing my conscience down. I usually do my best work when I feel self loathing.”

What resulted from that session is a driven anthem with boundless singalong potential yet a decidedly melancholic edge. The accompanying music video, also out today, features a beautiful performance from the band plus a few additional musician friends, shot on real film by directors Ryan Faist and Dominika Monicka. The narrative shot alongside the performance depicts a woman during a time of despair and pain in her life, which contrasts the performance element, reflecting the song – a juxtaposition between a happy beat, and a sad lyric.

jackie released their first single of a new collection – ‘Filter’ – earlier this year with a music video that’s equally as evocative as the track itself. The band’s line-up is completed by Max Trefler on drums and Marc Girardin on guitar. Inspired by the most classic of songwriters, the band expertly craft music which would happily lie alongside Courtney Barnett, Sharon Van Etten and Bruce Springsteen in a playlist. And what a playlist that would be. jackie’s debut EP ‘New At Drugs’ was released in 2020 and the band have racked up almost a million streams on Spotify since then. ‘Unspun’ from the EP also made it into the Top 40 at Canadian Radio.