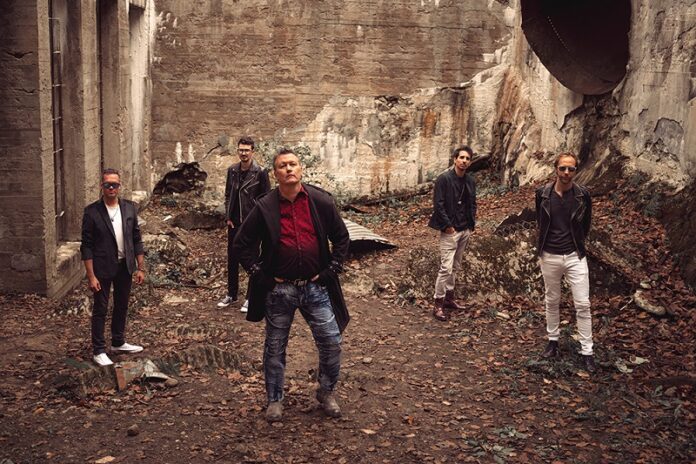 Over 30 years after its inception, Fatal Vision brings back the epic style of music that has withstood every trend thrown in its path while incorporating modern production techniques to provide a fresh sound.   Fatal Vision may be a new name in the rock scene today, however the band was born back when hard rock ruled MTV and every arena from coast to coast

Hailing from Ottawa, Canada, Simon Marwood and fellow founding members Chris Hirsekorn and Howie Manderson combined their love for bands like Asia, Journey, Europe, Survivor and Van Halen to bring a refreshing sound to melodic rock. But life can bring unexpected changes, and Fatal Vision was put into park.

Fast forward to 2019, and Marwood received an unexpected birthday gift to record at a local studio. Instead of following the well-trodden path of recording a cover song, he dusted off his numerous notebooks of songs from decades past. With the blessing of the original members, these sessions saw the Fatal Vision machine roar suddenly back to life.

The band are once again firing up its engines, giving audiences a taste of what was once standard: great songs, catchy choruses, virtuoso musicianship, a wall of backing vocals, captivating videos and a live band that sets the tone for what has been forgotten in music for so long.

With exceptional band members Andrew Burns (bass), a veteran who specializes in the sub-frequencies; Juan Miguel Gomez Montant (guitars), a producer, audio engineer and guitarist for numerous award-winning bands; Scottie Irving (keyboards) a composer of theatre, jazz, pop, and rock acts; and Alex Wickham (drums), a performer at numerous festivals with a lengthy list of A-list studio clients. Fatal Vision is a band with both the skills and the knowledge to realize a powerful musical vision.

The debut single “Turn Around” charted globally in the iTunes rock charts and has already surpassed 136,000 streams on Spotify. Time Keeps Slipping Away and Open Your Eyes have also been released from the upcoming album, which will be unleashed on July 22nd.

The new single is Heartbreaker, and is available now, with more single releases just around the corner.

With songs like Heartbreaker, Open Your Eyes, Against The Wall and Time Keeps Slippin’ Away, the influence of melodic rock royalty shines through with every hook and stadium-sized chorus.

The road has been long for Fatal Vision and the destination is well worth the wait.

Here’s the video to Heartbreaker:

Spotify link for the single: