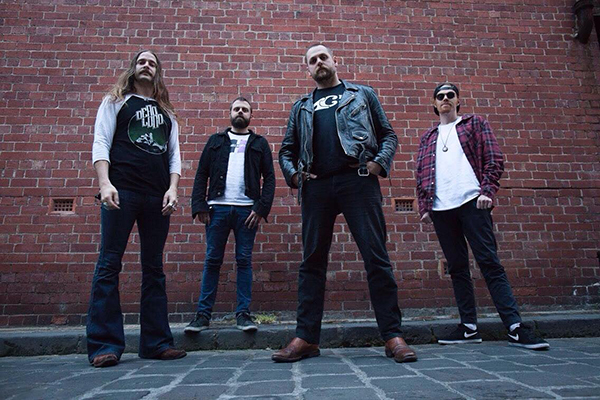 Melbourne, Australia stoner/desert rockers DON FERNANDO are set to release their first ever live album You Are My Blood, a collection of songs recorded at the original Cherry Bar in Melbourne for their 10th anniversary sold out show. The album will be released digitally via Golden Robot Records on January 21st.

The album showcases a band at peak strength; raw and unrelenting in their delivery of a selection of tracks from their three studio albums. This is the band’s first release on Golden Robot Records and a bright future lies ahead.

DON FERNANDO will be returning to the stage in 2022 to celebrate their 15th year anniversary as a band. In Australia they have become a staple on the scene with a loyal following of punters and a respect from their musical peers that has seen them touring the country with bands such as Clutch, Helmet, Fu Manchu, Brant Bjork, Corrosion of Conformity and many more. Internationally they have built a following in the UK, Europe and South America by getting in the van and hitting stages with their explosive live show. 2015 saw them hit Europe for their most successful tour yet with sold out shows in many cities and an appearance at Desertfest London alongside Sleep, Red Fang and Orange Goblin.

Don Fernando are going to be hitting Europe in 2022 with their new live album.

Pre-Save/Pre-Order You Are My Blood HERE