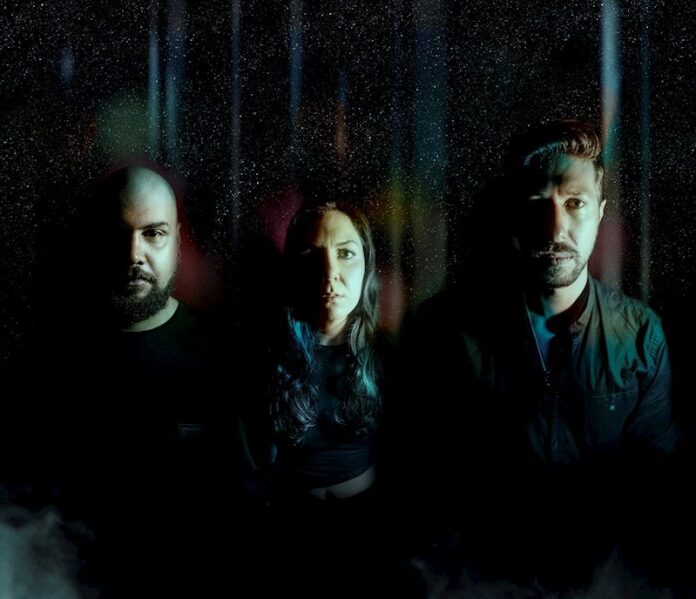 Comprised of an international line-up: vocalist and guitarist Kai Hastur hails from Scotland, drummer Alex Alvarado originates from Venezuela, and guitarist Burcu Ozdereli was born in Turkey, COSMIC COLD WAR already possess a glut of highly impressive live credits including supports for Arch Enemy, Napalm Death and Ill Niño across Europe, South America and New Zealand. Though a new band, COSMIC COLD WAR have clocked a slew of experience for the big stage.

Newly formed in 2021, COSMIC COLD WAR are already picking up a legion of followers, with fans drawing comparisons of their genre-blending sound to a range of iconic pioneers such as Tool, Deftones, Dream Theater and Lamb of God. Within six months of their inception, the progressive three-piece released their debut EP, Inconsequential Oblivion, to notable international airplay. The band were also featured live on LionHeart’s Friday night show on BBC Radio London.

With COSMIC COLD WAR’s stock firmly on the rise, the towering riff merchants have a tantalising new single and video, Absolute Zero, on the horizon. Kai Hastur (Vocals/Guitar) states: “Absolute Zero – and our first official video – have many influences, from topics such as depression and heartache, to stories like Frankenstein and Jekyll & Hyde. It’s our first full studio collaboration as a fully-formed band, and we hope our fans find it as exciting as we do.”

The single is certain to propel the band to a higher level and it’s backed by a stunning music video, which stars Game of Thrones actress Grace Hendy. The video is directed and edited by Gareth Kay and it has special effects makeup by Rose Daniel. Further singles, alluring visuals, and live performances are also in the works for the remainder of the year and beyond. Tap into the band’s socials for updates.