BAND OF THE DAY: CHRONUS 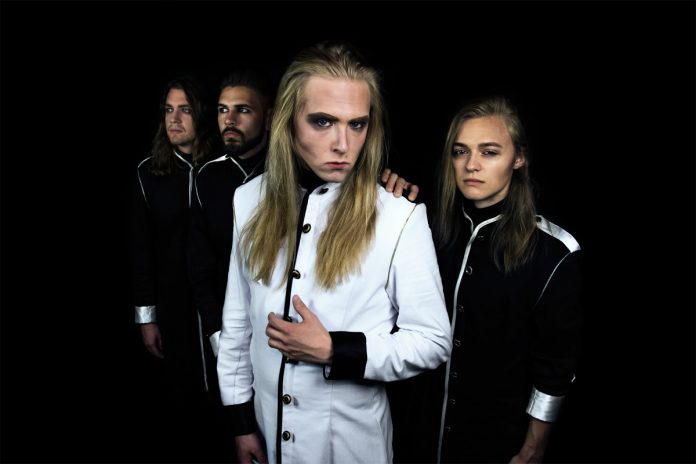 Hailing from Helsingborg, Sweden, Chronus is an exalted quartet formed in 2015 and led by the Baron. With their young and visionary spirits, they carry the metal torch further, leading the people towards territories yet to be explored.

Delivering a majestic performance filled with striking melodies and hard-hitting riffs, Chronus have been compared to the likes of Mastodon and ABBA. Vocalist/guitarist the Baron, dressed in white, embodies a voice reminiscent of Ozzy Osbourne, complementing the work of his three black-clad associates.

After well-received performances at Sabaton Open Air and on their Scandinavian tour supporting Soilwork, Chronus playing more shows and writing what will become their second album.

In order to spread rapture upon the people, Chronus ceremoniously convert their audience in a relentless conquest to take on the world. Join their voyage to the City of Light!

Björn “Speed” Strid – Soilwork
“When I started Soilwork, I was 17 years old. We were pretty good musicians and songwriters from the get go, but not even close to Chronus. It’s been a long time since I was this impressed by such a young band, with members ranging from 20 to 24 years old, and such a unique expression of amazing musicality. This band is ready to go global and someone better sign them before I do.”

Richard Larsson – The Night Flight Orchestra, producer at HH-Studios
“Chronus is an incredibly young and competent band that delivers heavy rock on a very skillful level. Their songs contain great melodies, big choruses and nifty bridges with interesting soundscapes. I think Chronus will go far; they have all the right tools to succeed!”