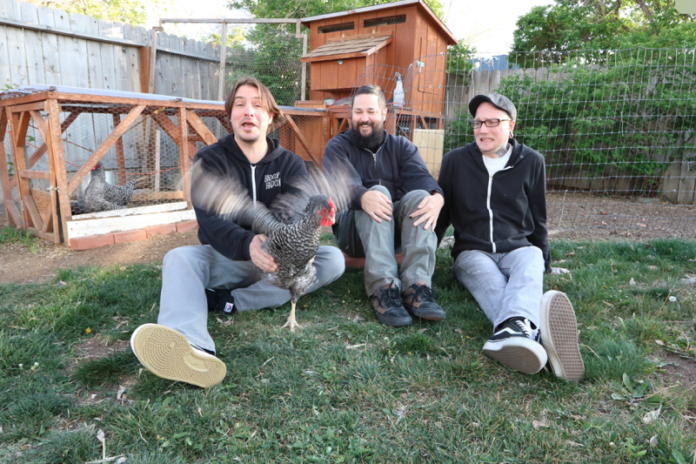 Formed in 2014, Boss’ Daughter is one of the hardest working bands in the underground punk scene. They’ve played over 400 shows across seven countries, with major headlining and underground acts like Rise Against, Pennywise, Jeff Rosenstock, The Ataris, PEARS, Bridge City Sinners, Bad Cop/Bad Cop, and many more.

Simmering in punk, they create their own undefinable sound with harmonizing gang vocals, haunted screams, catchy melodies, and a thrashing, crusty edge, all topped with a sprinkling of horns. One thing’s for sure, Boss’ Daughter is on a mission to make sure everyone is having a good time.

The group started as Fox’s solo project but quickly blossomed into a trio-with Chris Fox, Danny Paul, Jamie Locks, and occasionally John Underwood on horns for live shows. They released their debut album, Songs are Songs, in 2015 and followed up with 2016’s Sleep EP.

For the next couple of years the band constantly toured, playing everywhere from bars to large venues and festivals including Montreal’s Pouzza Fest, Ironfest, and Florida’s The Fest, which they’ve played the past four years in a row. The boys have also appeared on Bridge City Sessions and Reno’s own, Worst Little Podcast.

Having recently signed with SBÄM Records, a new full-length album is finished and is slated for release in the coming year. To tied fans over they’ve released a two-song 7″ ‘Okay Photography’ which is out now.