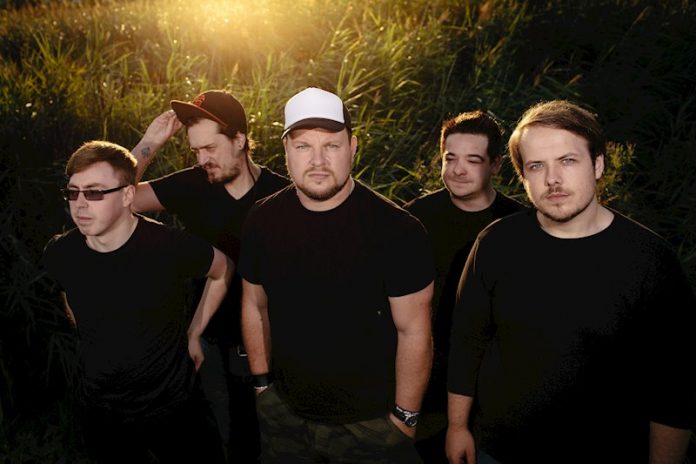 South Wales metal outfit BLACK WATER CHEMISTRY are carving out a prominent name for themselves, as they launch out of the underground and aim for the jugular of the UK scene, loaded with their brand new EP, Return To Ashes, which arrives on Friday 31st August. Before then, the band have released the track, Return To Ashes.

Hailing from Newport, BLACK WATER CHEMISTRY were formed in 2014 by blood brothers Matt Saunders and Chris Saunders, respectively handling lead vocals and lead guitars, aided and abetted by long-time friends Gizz on bass, Murph taking care of the rhythm guitar, and Dan behind the kit. The formidable fivesome have spent the last eighteen months working tirelessly to cement their style and increase their fanbase and the band are now beginning to bear the fruits of their labour.

BLACK WATER CHEMISTRY have already been compared to such grunge pioneers as Soundgarden, to metal heavyweights such as Mastodon and Parkway Drive. The culmination of these sounds has allowed the quintet to utilise a blend of older disciplines, fused with more modern metal techniques and musings, to form an energetic yet aggressive style that provides something for everyone’s tastes.

The band have pulled out all the stops in crafting their new EP, Return To Ashes, and in doing so, the Welsh riff maestros have truly created something special, from the blistering and engulfing beatings of their future single, Oracles, through to the cinematic vibe and explosive vigour of the EP’s namesake, Return To Ashes (https://youtu.be/7fRxReU3Ey0 ). Producing such a statement of intent takes its time; lead guitarist and producer, Chris Saunders, comments about the new EP: “Our music has progressed a lot within the last couple of years and we needed to update the way we recorded it. This time we had more of a DIY approach than our first effort. Periphery was the biggest influence on the way we approached the production, musically they’re one of my favourite bands, and their production is killer.”

|| The band release Return To Ashes through all platforms on Friday 31st August. ||