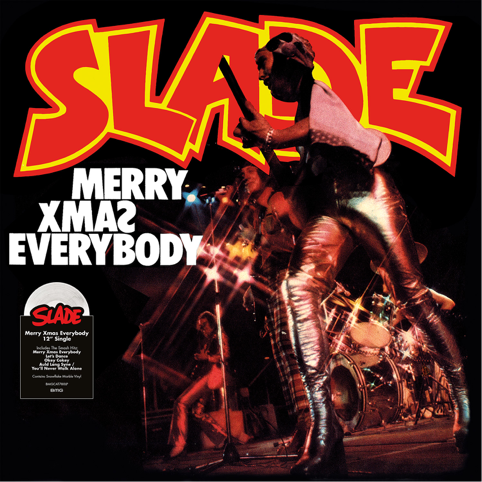 A Christmas standard Merry Xmas Everybody has spent an incredible 109 weeks in the Official UK Singles Chart. In 2009, PRS for Music announced that up to forty-two percent of the world’s population could potentially have listened to the song!

“The video is very unusual and comical. It does sum up the band’s characters HO HO HO!’ exclaims Noddy Holder.

To pre-order Merry Xmas Everybody go to: https://slade.lnk.to/MerryXmas12snowflakePR

BMGRecords continue their new series of limited edition vinyl reissues and deluxe CDs from Slade, with the release of  Crackers – The Christmas Party Album.