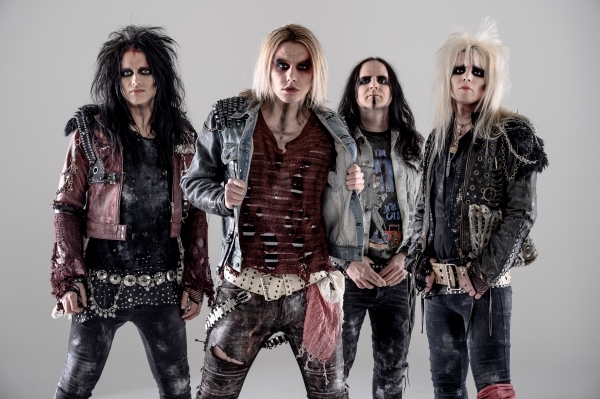 One of the biggest names in the glam metal/sleaze rock scene, CRASHDÏET, announce the release of their upcoming album, Automaton, available for pre-sale now on digital, CD and vinyl, through Crusader Records/Golden Robot Records. The digital and CD are set to drop on April 29, with limited edition coloured vinyl due for release on September 9.

To celebrate the pre-sale of Automaton, CRASHDÏET serve up another delicacy in the form of a new single and video, ‘Together Whatever’, which is available now on all digital platforms.

‘Together Whatever’ is a true party anthem! Exploding with raging guitars and scorching vocals, it’s a tribute to the decadent good old days and the band’s early roots.

Just like a gigantic robotic machine with pre-determined instructions, failure was never an option…

No matter what obstacles may have come their way in the past, CRASHDÏET have always marched forward, delivering their own style of Sleaze Metal they have become so well known for. Automaton contains 12 powerful sing-along anthems with massive drums, guitars, bass, and powering vocals (including a surprise special guest and a haunting voice from the past).

Previous article
REVIEW: ARJEN ANTHONY LUCASSEN’S STAR ONE – REVEL IN TIME (2022)
Next article
IN FROM THE COLD