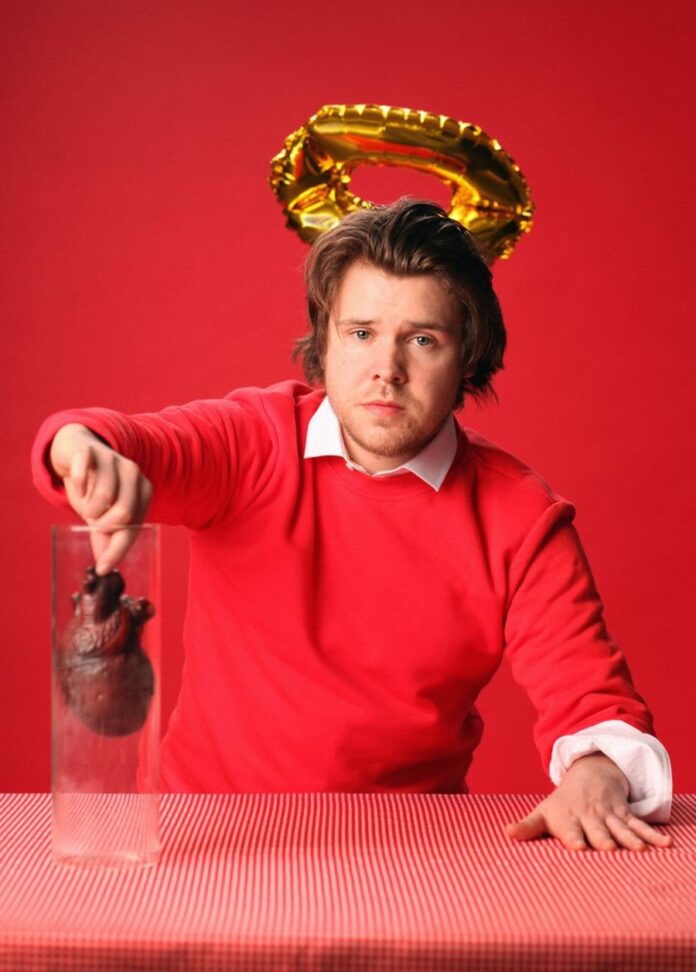 Following both a global pandemic and an acclaimed, landmark debut album, inimitable Irish Alt-Folk act Junior Brother returns today with details of his new album “The Great Irish Famine”, and a new single titled “No Snitch”. The album comes on the heels of his lauded 2019 album “Pull The Right Rope” and is out 2nd September via multidisciplinary Irish label Strange Brew.

An idiosyncratic, challenging and richly lyrical singer/ songwriter, Junior Brother is the pseudonym of Co. Kerry, Ireland singer Ronan Kealy. Chosen as The Irish Times’ Best Irish Act of 2019 and nominated for the 2019 Choice Music Prize for Album of the Year, Junior Brother has built a rabid following thanks to unmissable live shows, and music both excitingly forward-looking and anciently evocative. His strange stories unfold with reckless abandon upon a distinctive guitar and foot tambourine accompaniment, influenced as much by the avant-garde as music from the Middle Ages and his home place in rural Ireland.

“The Great Irish Famine” leaps boldly forward into an exciting new chapter, and into a shaken new world – staggeringly profound, brutally beautiful in its epic sweep. The lead single “No Snitch” – which is released digitally today with a 7” release to follow – is an intoxicating first taste of this new material. A track of towering, bruised catharsis, Kealy’s emotive and powerful vocals fluctuate across the tracks temperamental instrumentation which is both at once tumultuous and calming. The single is also accompanied by a dark and surreal new video, which you can check out here:

Speaking about the themes across the album Kealy further explains, “I was very conscious to bring each element of the debut into this follow-up, but dramatically dig ten times deeper and stretch ten times further down into each avenue”. “No Snitch” soars amidst darkly comic self-reflection (“This Is My Body”), anxious reflexes on modern living (“No Country For Young Men”), and the painful role the past plays in a nation’s present (“King Jessup’s Nine Trials”).

Both startlingly dynamic and profoundly accomplished, “The Great Irish Famine” reflects fall-out of trauma both personal and universal, national, and international, minor, and mountainous, historic, and contemporary – all uncompromisingly conveyed through the magnetic, emotionally potent vision of a one-of-a-kind artist at the top of his game.

In addition to his new release, Junior Brother is currently also set to play several shows and festivals across Ireland this year with further dates TBA. Kealy has been steadily building a fanbase around Ireland and beyond for his mesmerising live shows, winning hearts in iconic venues such as Vicar Street (Dublin), The Beacon Theatre (New York), Cork Opera House (Cork), Blackpool Opera House (UK) to name just a few. He has played support for a variety of like-minded acts such as The Proclaimers and Glen Hansard, the latter bringing him on a tour of the US East Coast in July 2019.