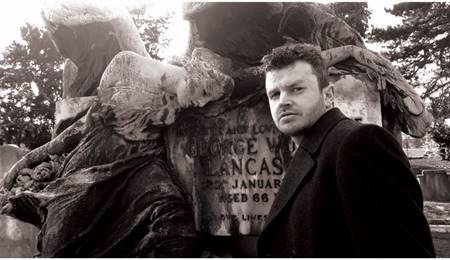 Adam Lanceley was only ten years old when a car accident left him seriously injured. Sustaining a severe brain injury, a crushed pelvis and shattered legs, doctors advised him he was unlikely to walk or talk again. Against all odds, Adam not only proved them wrong but has taken his remarkable recovery to the extreme, running marathons and now carving out a career as a singer-songwriter.

Adam’s latest success story is his new album, Epitaph to Innocence – remarkably, his seventh album to date. In common with his previous releases, the album is heavily influenced by the 1960’s Californian sound, with Beach Boys-esque melodies and a defiantly upbeat vibe. Although he is very secretive about the meaning behind his lyrics, they are always written in the hope that the messages hidden within will inspire other people who are going through difficulties of all kinds. It is typical of Adam’s resilience that the tracks retain an ever-present optimism.

Although Adam has conquered many of the physical consequences of the accident, he has said that mentally he sometimes feels like a little boy, struggling with mental issues such as very low confidence and depression. His musical career has given him an outlet to express himself, which once again reinforces the restorative powers of music on both the artist and the audience. Epitaph to Innocence is far from an ending, it’s yet another example of Adam’s ability to continually confound expectations and to push himself to new heights of creativity.