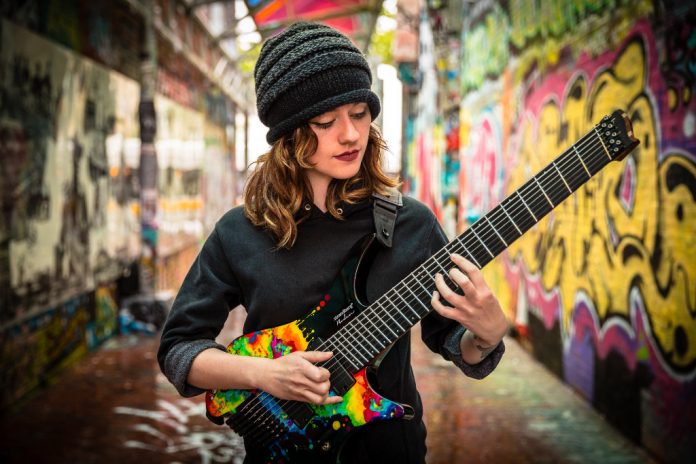 After years of playing the piano and the violin, multi-instrumentalist SARAH LONGFIELD found her true musical calling when she purchased her first 7-string guitar at the age of 13. Her first EP’s ‘Zeal’ (2011) and ‘Par Avion’ (2012)received high praise from critics and fans alike.

In 2012, SARAH LONGFIELD formed her own band, THE FINE CONTSTANT, which is based in Madison, WI, USA and now also performs her solo material with them in live-settings across the entire globe. This progressive band released its debut album, ‘Myriad’ in 2012 and the sophomore THE FINE CONTSTANT full-length, ‘Woven in Light’ came out in 2015.

SARAH LONGFIELD was named as one of 15 of the world’s greatest 7- and 8-string guitarists by Guitar World. She has just returned home from a series of tours in Europe and the Americas in support of her current full length, ‘Collapse // Expand’, which will be re-issued via Season of Mist in 2018 after the release of her forthcoming new album.